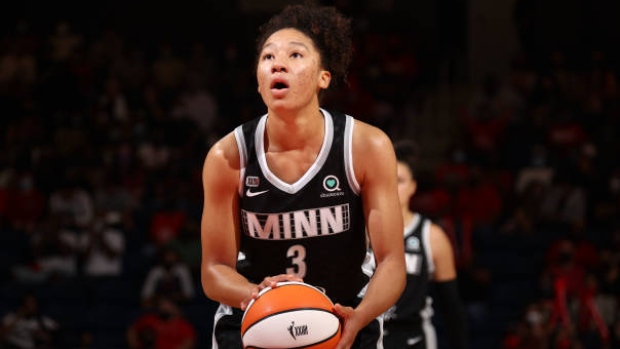 WASHINGTON -- — Aerial Powers scored 27 points and the Minnesota Lynx made four free throws in the final 30 seconds to knock the Washington Mystics out of playoff contention with an 83-77 win on Sunday, the final day of the WNBA season.

Needing a win to secure the eighth seed, the Mystics cut a 12-point deficit with less than 4 1/2 minutes to go to 79-77 when Ariel Atkins made two free throws.

Layshia Clarendon made two free throws with 27.5 seconds to play and Powers followed with two more following a turnover to seal the win.

Minnesota (22-10) also claimed the third seed and a first-round bye when the playoffs start on Thursday. The Lynx will play the lowest remaining seed in the second round next Sunday.

Playing without injured starter Elena Delle Donne and head coach Mike Thibault, who missed a second-straight game because of COVID protocol, the Mystics were tied at halftime. The Lynx took charge in the third quarter and led 68-58 heading into the fourth quarter.

Napheesa Collier added 14 points and 10 rebounds for Minnesota and Sylvia Fowles had eight points and 13 boards.