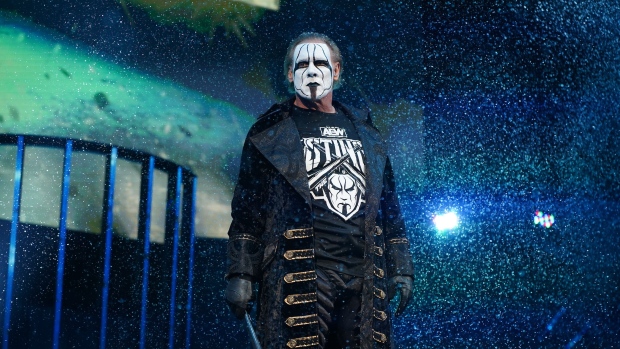 The Five Labours of Jericho - Match #5: "Le Champion" Chris Jericho vs. Maxwell Jacob Friedman - Chris Jericho made it through Shawn Spears, Nick Gage and Juventud Guerrera and, last week, he defeated Wardlow. The former AEW World Champion has surmounted everything that Maxwell Jacob Friedman has thrown in his path and now everything comes down to Wednesday night and the final of the Five Labours of Jericho - a one-on-one match with MJF himself. The feud between Jericho and MJF has been simmering for months after MJF betrayed Jericho and the rest of the Inner Circle through the formation of The Pinnacle. The two sides have already done hellacious battle in both a Blood and Guts and a Stadium Stampede match, but this will be the first time the pair has met in a singles contest since Friedman's treachery. Because it's MJF he's dealing with, of course things won't be easy for Jericho. MJF has banned the use of Jericho's Judas Effect finisher and has decreed that Jericho can't even come to the ring to his "Judas" theme and must instead enter to silence. The match will be the second ever singles meeting between the two men. At Full Gear 2020, MJF defeated Jericho to earn membership in the Inner Circle, but the tenor of Wednesday night's match will be completely different. Can Jericho harness his rage enough to defeat his bitter foe or will MJF's mind games be enough to get another one over on Jericho?

Texas Tornado tag-team match: Sting and Darby Allin vs. 2.0 (Matt Lee and Jeff Parker) - On the final episode of WCW Monday Nitro, Sting defeated longtime rival Ric Flair. Now, 7,450 days later, "The Icon" makes his return to the ring on TNT when he and Darby Allin take on the team of 2.0 (Matt Lee and Jeff Parker) in a Texas Tornado match. A Texas Tornado match is not a standard tag-team contest. There are no tags, with all four competitors in the ring at the same time, meaning that all of the four men are susceptible to a pinfall at any time. The duo of Sting and Allin are 2-0 in AEW competition, having defeated The Men of the Year (Ethan Page and Scorpio Sky) and Team Taz (Ricky Starks and Brian Cage) in their previous two matches. While the team of 2.0 and Daniel Garcia fell to Allin, Eddie Kingston and Jon Moxley in trios action earlier this month, Lee and Parker are undefeated as a tag team in AEW, most recently picking up a win on AEW Dark against the team of Sam Adams and Skylar Andrews. Will Sting be victorious in his first match on TNT in 20-plus years or will 2.0 keep their perfect AEW record?

AEW World Tag Team Championship match: The Young Bucks (Nick Jackson and Matt Jackson) (c) (w/ Don Callis and Brandon Cutler) vs. Jurassic Express (Luchasaurus and Jungle Boy) (w/ Marko Stunt) - A Boy and His Dinosaur are undefeated in tag team matches in 2021 since a Jan. 7 loss to FTR (Dax Harwood and Cash Wheeler) and will now get the opportunity to do something that all eight previous challengers to the Young Bucks' titles have failed to do: unseat the Jacksons as champions. These two teams have met once before in an AEW ring. At All Out in 2020, Jungle Boy fell victim to a BTE Trigger, giving the Young Bucks the pinfall victory. But a lot has changed in a year. With more experience, Jack Perry's confidence and skill in the ring has appreciated greatly. He and Luchasaurus are now a far more polished duo and should offer the Jacksons a considerably more difficult challenge than they did last September. Of course, Perry and Luchasaurus will be forced to deal with the presence of Brandon Cutler outside of the ring and cannot discount the possibility of another member of The Elite making their way down to ringside. Marko Stunt can help with that, but the duo will need to remain vigilant and try to focus on the task at hand. The Young Bucks have only lost one tag team match in 2021 - against Eddie Kingston and Penta El Zero Miedo in June - and will look to keep their hands on the straps for a ninth straight title defence. Can Jurassic Express pull off the biggest win of their career or will the Jacksons emerge victorious yet again?

Thunder Rosa vs. "The Superbad Girl" Penelope Ford - Nothing would be sweeter for Thunder Rosa than taking the AEW Women's World Championship away from archrival Dr. Britt Baker, DMD, but before she can do that, she must get herself into title contention. Standing in the way of that is one Penelope Ford. Ford is 11-2 in singles action in 2021 and heads into Wednesday night's match on a three-match winning streak. While the two have never met before in AEW, they're no strangers to one another. Rosa and Ford have wrestled each other on four occasions, including a singles match in 2019 for Thunder Rosa's Sabotage Wrestling promotion in Texas in which Rosa emerged victorious. Thunder Rosa comes into Wednesday night on a dominant run of her own. Since defeating Baker in the unsanctioned lights out match in March, she's 18-0 in AEW and seems headed for another shot at Baker. Will Thunder Rosa's winning ways continue or will Ford put an end to them on Wednesday night?

"The Spanish God" Sammy Guevara vs. Shawn Spears (w/ Tully Blanchard) - Chris Jericho's meeting with MJF won't be the only encounter between a member of Inner Circle and a member of The Pinnacle on Wednesday night - the heated rivalry between Sammy Guevara and Shawn Spears also takes centre stage in Houston. This will mark the first one-on-one encounter between the two men. Recall that it was Guevara's pin on Spears at Double or Nothing that got the Inner Circle the win in Stadium Stampede in May in a match that would have forced the faction to disband with a loss. The pair have come to blows multiple times over the past several weeks, but never in a ring. Can the hatred between these two be contained in the ring or will it spill out into something much more violent?

- On top of his match, Guevara has a special announcement