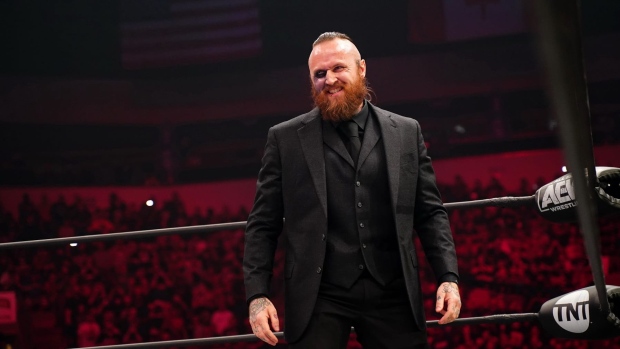 Weeks after his shocking arrival in AEW, Malakai Black will finally meet Cody Rhodes one-on-one, while Chris Jericho takes on Juventud Guerrera for the first time in over 20 years and Miro defends his TNT Championship against Lee Johnson. You can catch AEW Dynamite: Homecoming LIVE at 8pm et/5pm pt on TSN3, the TSN app, streaming on TSN Direct and on TSN.ca.

"The American Nightmare" Cody Rhodes (w/ Arn Anderson) vs. Malakai Black - The twisted version of the man who was once known as Tommy End arrived in AEW last month and since then has terrorized Cody Rhodes and those around him. Making his Dynamite debut on the July 7 edition, Malakai Black immediately made his presence felt by taking out Arn Anderson with his Black Mass spin kick. Targeting Rhodes, almost each successive episode of Dynamite has featured a physical confrontation between these two men. Now on Wednesday night, the two will have an official match and attempt to settle things in the ring. But does Black even care about winning or losing? His intent since showing up in the company last month seems only to be making Cody's life miserable. Will that continue in Jacksonville or can Rhodes put an end to Black's campaign against him?

The Five Labours of Jericho - Match No. 3: "Le Champion" Chris Jericho vs. Juventud Guerrera - The Demo God has already survived brutal encounters with Shawn Spears and Nick Gage, but in Jacksonville, Maxwell Jacob Friedman's latest task for Chris Jericho is a blast from the past. For the first time since the February 18, 1999 edition of World Championship Wrestling's Thunder, Jericho will take on legendary cruiserweight Juventud Guerrera. The three-time WCW Cruiserweight Champion and former IWGP Junior Heavyweight Champion had a long and storied rivalry with Jericho in WCW. At Road Wild in 1998, Guerrera defeated Jericho for the cruiserweight crown, but their most famous match came at SuperBrawl VIII, when in a Luchas de Apuestas match, Jericho retained his cruiserweight title and unmasked Guerrera with his victory. While facing a familiar foe from his past is surprise enough from MJF, there is one more wrinkle to Wednesday night's match that Jericho must contend with: the match can only be won after the use of a top-rope move. Obviously, that is something in Juvi's wheelhouse, but certainly not Jericho's, which is why MJF added that stipulation. Can Jericho make it three straight Labours in the books or will Guerrera get revenge on an old rival?

TNT Championship match: "God's Favourite Champion" Miro (c) vs. "Big Shotty" Lee Johnson - Wednesday night marks the biggest match of Lee Johnson's young career, but he enters it as a heavy underdog against a man who's looked unstoppable since arriving in AEW. The Nightmare Family's Johnson earned his shot at Miro by defeating Luther on the July 26 edition of AEW Dark: Elevation. He heads into the match having gone 9-1 in his last 10 singles matches with the lone loss coming against Jungle Boy. But Miro represents a different kind of challenge. Since defeating Darby Allin for the TNT strap in May, Miro has defended it on four occasions with the latest coming over Brian Pillman Jr. on the June 30th edition of Dynamite when the referee ended the match as Pillman passed out in Miro's Game Over submission hold. Will the wrecking ball that is Miro continue his path of destruction of will Johnson pull off maybe the biggest upset in AEW history?

NWA Women's World Championship No. 1 contender's match: The Bunny (w/ The Blade) vs. "Legit" Leyla Hirsch - Kamille will learn the identity of her next challenger to her NWA title when The Bunny meets Leyla Hirsch on Wednesday night. The match will be a first-time encounter between the two women. Hirsch comes into the match 12-2 since her loss to Thunder Rosa in the AEW Women's World Title Eliminator Tournament in March, but was a loser in her last appearance on Dynamite when she fell to Nyla Rose on June 5. The Bunny heads into the match coming off of an upset of Big Swole on the July 20 edition of AEW Dark, but she hasn't been able to match the form of Hirsch this year. In 2021, The Bunny is 4-3 in singles matches. Can The Bunny pick up her biggest win of the year of will Hirsch's recent form carry her into an NWA title shot?

Six-man tag team match: Eddie Kingston, Jon Moxley and Darby Allin (w/ Sting) vs. 2.0 (Matt Lee and Jeff Parker) and Daniel Garcia - Matt Lee and Jeff Parker are wasting no time in jumping into AEW's deep end for their debut with the promotion. The Chateauguay, Que. natives and former CHIKARA Campeonatos de Parejas are teaming with Daniel Garcia to take on the dream team of Eddie Kingston, Jon Moxley and Darby Allin. It will be baptism by fire for the duo who were most recently known as Ever-Rise in NXT. While this will mark the first time that Lee and Parker have met Moxley and Allin, they're no stranger to Kingston with whom they've both faced and teamed with during their time in CHIKARA. Can 2.0 take down three of the best AEW has to offer in their debut match or will they learn why this trio is among the baddest men in AEW?

Christian Cage (w/ Jungle Boy) vs. The Blade (w/ Matt Hardy) - Christian Cage seemingly can't escape the Hardy Family Office. On last week's edition of Dynamite, the team of Cage, Jungle Boy and Luchasaurus were victorious over the HFO's Angelico, Marq Quen and Isiah Kassidy, but their joy was short-lived. Entering from the crowd, The Blade sucker punched Cage with his trusty brass knuckles. This week, Cage attempts to get a measure of revenge when he takes on The Blade. As always when dealing with members of the HFO, you need to be mindful of who's outside the ring, so to keep an eye on Big Money Matt, Jack Perry will have Cage's back. Will Cage strike another blow against the HFO or will they continue to be a thorn in his side?