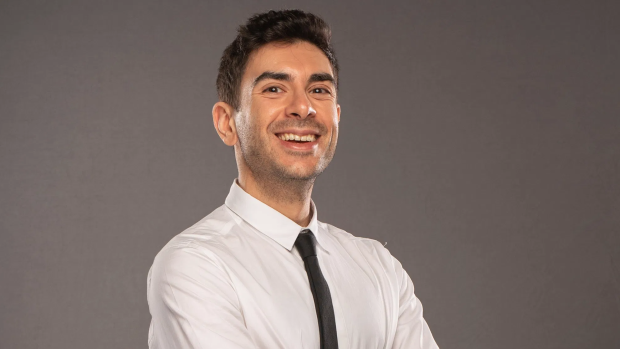 Revolution is a fitting moniker for All Elite Wrestling’s first pay-per-view event of 2021.

The company finds itself in the midst of what was considered for a very long time within the wrestling industry virtually impossible – a partnership with rival companies. Beginning in December, AEW programming has featured contracted performers from Impact and New Japan Pro-Wrestling, with AEW reciprocating and sending its workers to their TV shows. The so-called “Forbidden Door” is open.

But for AEW president Tony Khan, relationships among rival companies is a concept that he’s espoused since the genesis of the company in 2019. Working together can help all parties and help create a buzz that hasn’t been felt in the industry since the heyday of the “Monday Night Wars.”

“We’ve been doing it all along,” Khan told TSN.ca. “It’s just about the individual relationships. I’ve been open to building relationships outside of AEW since before the first show. [Mexican promotion] AAA has been involved in a major way – the first belts that were ever defended in AEW [at the Double or Nothing PPV in 2019] were actually the AAA Tag Team Titles on our first show. That was a good relationship and is a good relationship, and we have other relationships now that we’ve built over the years. So, really, it’s just about working with the individual companies and the individual talent… I kind of think that’s the key – everybody wants to do it and I think that’s one of the best things about wrestling – when everybody is on the same page and wants to do stuff, it’s generally better.”

As part of this talent exchange, Khan has become an on-screen character himself. The 38-year-old Champaign-Urbana, IL native has been appearing in “infomercials” during Impact programming in which he promotes AEW and runs down Impact.

“It’s been a fun little side project and people seem to enjoy [the segments],” Khan said of his on-camera work. “It’s a fun idea that came up in the partnership and they’ve been very well received. But they’re designed to promote Dynamite and promote AEW and also builds up the partnership and relationship and it kind of establishes a story between the two companies. I think they’ve worked.”

Khan says the idea isn’t anything groundbreaking, but he sees it as a throwback to a different era in the industry.

“It’s no secret that being a promoter who’s doing an exaggerated version of himself in another territory has been done before," Khan said. "Probably the best example that I’ve seen of it that I really enjoyed – it didn’t last as long as I would have liked, but it was fun when I was a kid – was the old Memphis shows when the WWF had a working relationship with the USWA [in 1993]. The WWF was the bigger company and Vince [McMahon] was always sure to let them know that on USWA television. I always thought that was very cool and there hasn’t been anything quite like that in a long time. But I’m not trying to emulate anybody – it’s just me being the worst possible version of myself.”

The Revolution show itself will feature AEW World Champion Kenny Omega, the linchpin of AEW’s crossover with Impact, defending his title in an exploding ring, barbed-wire death match against former champion Jon Moxley. Also set for the show is the return to the ring of “The Icon” Sting. The WCW stalwart made his surprise debut in AEW on the Dec. 3 Dynamite and now finds himself embroiled in a feud with Taz and Team Taz (Brian Cage, Ricky Starks and Powerhouse Hobbs). Sting will team with TNT Champion Darby Allin to take on Starks and Cage in a street fight.

Sting last wrestled in 2015 in a match against Seth Rollins for the WWE Championship in which he incurred a serious neck injury that appeared to be the final match of his career. When the street fight for the PPV was announced, the widespread belief was that it would be a “cinematic match” (involving editing and spots that would protect Sting), so it came as a great surprise on last week’s edition of Dynamite to see Sting take a powerbomb from Cage.

Khan confirms that Sting has been officially medically cleared to take bumps.

Even with Sting turning 63 next month, Khan believes that the legendary performer still has a great deal to give, and it was important for him to wind down his career on his own terms.

“He definitely wants to have a last chapter of his career that he’s comfortable with and happy with,” Khan said of Sting. “I believe this is going to be a really, really exciting chapter in Sting’s career. And I don’t even think this is the last chapter. I think there’s going to be a lot more and people will be surprised how much Sting has left in the tank.”

Before the company can get to the pay-per-view, there is the matter of another legend stepping into an AEW ring for the first time on the Mar. 3 edition of Dynamite. In a special called AEW Cross Rhodes, the titular “American Nightmare” Cody Rhodes teams with Red Velvet in a mixed-tag match against Jade Cargill and NBA icon Shaquille O’Neal.

Khan defends the decision to have that match on TV, rather than on pay-per-view.

“It makes perfect sense to do it here and I think it’s a great match for TV to get eyeballs on Dynamite,” Khan said. “We have the relationship with TNT and Turner and in planning it, it made all the sense in the world to do it on the TV show and also, I wanted to do the “Face of the Revolution” ladder match [on the PPV] and I thought it would make a lot of sense for Cody to be one of the featured people in that ladder match.”

Knowing that there could be several first-time viewers tuning in to see O’Neal, Khan plans to load up the show to give those people a look at what AEW has to offer.

Of particular interest to Khan is a six-man tag on the show that features the return to the ring of the legendary Tully Blanchard. The on-screen manager of FTR (Dax Harwood and Cash Wheeler), Blanchard teams up with his charges to take on Jurassic Express (Jungle Boy, Luchasaurus and Marko Stunt). While Blanchard has gotten physical in FTR matches in the past, the match will mark his first bout in nearly 14 years.

“When Tully was first going to come back to manage, the spike piledriver [spot] was one thing I really wanted him to bring back because I knew it was something that he could do safely,” Khan said. “I knew he’d be able to do that because he was still moving around pretty well. But the more moving around he’s done, he’s really had the itch to do this, and I’m really excited for that. Tully is one my all-time favourites and he’s one of FTR’s all-time favourites, certainly, and it’s such a great collaboration he has with them. Jurassic Express are red-hot, and I just think it will be a really fun match.”

Khan is effusive in his praise of FTR, widely considered to be one of the best tag teams currently working today.

“They’re tremendous,” Khan said of the former AEW Tag Team Champions. “They’re such great pros. They make such a great team and they’re a perfect example of synergy, right?  Because I think, A. Cash is great. B. Dax is great. But A plus B together is greater than A or B separately – synergy! People use the word all the time, but I don’t think they know what it means. Together, they are the definition of it to me. Together, they are greater than the sum of the separate parts – and then Tully even more so, when you put him with them.”

“I can’t say enough good things about what Jurassic Express has done in the last year and how far they’ve come from the beginning of AEW over the past two years,” Khan said. “[Jungle Boy] is one of our top stars already and the sky’s the limit. Jungle Boy can go. He’s really got the crowd behind him and he’s got such an engaging charisma as an athlete. People really believe in him and now the crowd’s behind him that extra little bit more, too, with that great theme song [Baltimora’s 1985 hit “Tarzan Boy].”

On top of being the company’s booker (as well as the Jacksonville Jaguars’ chief of football strategy and Premier League club Fulham’s director of football operations), Khan is also in charge of the practical aspects of producing AEW shows.

Since the outset of the pandemic, Dynamite and PPVs have been held at Daily’s Place, a Jacksonville amphitheatre. Fan attendance has been limited to a 10 per cent capacity (no more than 1,100 at any given event) and while Khan says that he would like to once again take AEW on the road, he’s in no rush to do so and will follow the science to make sure that it’s safe to proceed.

“We’re looking at COVID data as far as new infections and the spread of the disease and keeping an eye on it and trying to gauge when it might be safe to return to touring and doing indoor shows, because we’ve really only done outdoor shows for the past 10 months,” Khan said. “The whole time we’ve been doing these shows, we’ve never done anything where we felt unsafe. We’ve always felt like we’ve put the fans in a good, safe position outdoors where there’s 99 per cent less chance of transmission between people, putting people in pods, also, and not overcrowding it. I just think I don’t want to do anything now, after we’ve been doing everything right for so many months, and rush to make a bad decision. I think it’s important to do it slowly.”

As difficult as navigating the pandemic has been for Khan, it pales in comparison to dealing with the untimely death of AEW star Jon “Brodie Lee” Huber in December. The 41-year-old Huber died on Boxing Day after having been diagnosed with a degenerative lung condition.

Universally beloved by his peers, Huber was quite literally a giant in the industry and Khan was determined to do his memory justice with a tribute show on the first Dynamite of 2021.

“I don’t know if any of us will ever be quite the same,” Khan said. “We all still think about Brodie every day. But it took a lot out of me, I’m not going to lie. I can’t imagine how much it took out of his family. I’m going to tell you the truth – there was tremendous pressure to make that show really great.”

The show was an emotional two hours, celebrating Huber’s life with his wife Amanda and son Brodie Jr. present. The program culminated with a tribute video set to Tom Waits’ Ol’ ‘55 and Huber’s son given his father’s TNT title with a set of Huber’s boots left in the ring. Khan says Huber’s memory lives on in his children, Brodie and Nolan, and the company has done whatever they can to support Huber’s family.

“The thing I’m most proud of is the smile on Brodie’s face every time he’s here in AEW,” Khan said. “We did that great tribute to Jon, tribute to Brodie Lee, but really, every time little Brodie is here with us and visits us, we try to make him feel at home. He has so much fun here. I think that’s the greatest victory that any of us can claim, more so than any other thing we celebrate about the company. What I’m proudest of is seeing Brodie Jr. happy.”