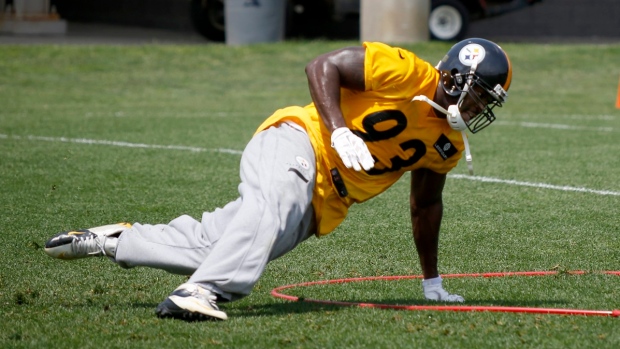 Porter, in his first season as a Steelers defensive assistant, has been charged with tutoring second-year linebacker Jarvis Jones among his primary duties. Getting to the quarterback has been the main subject for the former first-round pick.

Porter had 98 sacks during a stellar 14-year NFL career that included 60 in eight seasons with the Steelers.

Jones, a first-round pick in 2013, managed just one during an uneven rookie season. Jones and Porter both know that number needs to go up this fall.

"Pass rushing is all in believing that you can beat the guy (across from you) and executing your craft," Porter said. "You have to work at it. You can't just go out and not do any pass-rushing staff during the week and expect to go out there and get a sack on Sunday."

Jones has been a sponge where Porter is concerned. He's extremely attentive when his new coach talks and watches Porter's every move.

"I think he was just taking the stuff that he saw me do and cleaned it up a little bit," Jones said.

Due to the limitations this spring from playing "football in shorts," as Steelers coach Mike Tomlin likes to call it, Jones hasn't been able to take advantage of what he's picked up from Porter.

So, there has been more individual teaching and mental work than the physical aspect of the game.

"I've been learning different techniques, hand placement, feet placement and just different things that you can do within the defence that allow you to make plays," Jones said.

"At the same time, (I have to) be on the same page to what your coaches and teammates have asked you to do."

Jones spent much of the off-season focusing on getting stronger. Though his 6-foot-2, 245-pound frame doesn't look much different than he did a year ago, Jones believes his on-field play has changed drastically.

"I'm way more comfortable than I was last year," Jones said. "We got J.P. in here to help us out this year. He's a great motivator, and he taught us a lot in the past couple of weeks. To have a guy who actually played the game like he did, a great player, I learned a lot."

At this time last year, Jones appeared to be confused during minicamp, and he said he really didn't know what to expect.

But now that he's gone through a full year of workouts, including his second set of spring drills Jones thinks the game is finally starting to slow down for him.

"There's been some highs and lows, things that you know you do well, but things that you also have to work on," Jones said. "And what I've worked on this spring are the things that will help me get better and help my team get better, understanding the system and the playbook much better and getting in the best shape possible to perform at a high level."

How high a level? Sorry, Jones doesn't do predictions.

"Nah, man, we're not going to make any assumptions," he said. "We're going to play and continue to work and continue to take it one day at a time. That's what I'm going to focus on during the rest of this off-season and just try to get better every day to get ready for training camp."

With Porter as his mentor, much more will be expected from Jones.

Notes: Tomlin moved the Steelers indoors after a downpour midway through Thursday's final minicamp practice. ... Tomlin noted that inside linebacker Sean Spence went through spring drills without any issues and should not have any restrictions at training camp. Spence, who missed the past two seasons after knee and arm surgeries, said he is eager for camp to begin.