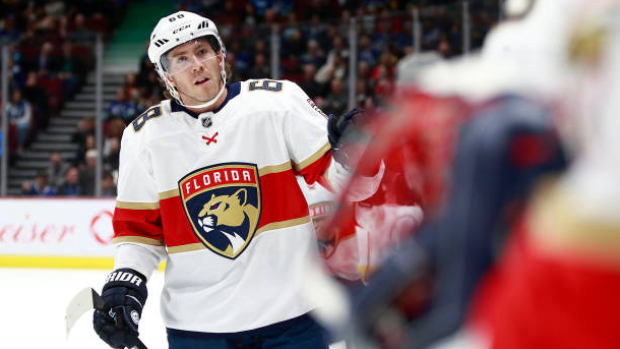 According to his agent, Robert Hooper, 13 teams have expressed interest in free agent Mike Hoffman this month, including five or six who are considered serious contenders to sign the 30-year-old winger.

“I think teams are a little paralyzed at this point in time by the flat cap,” Hooper told Adam Vingan of The Athletic Monday. “I think some of the teams that would love to add Mike Hoffman to their roster have had difficulty moving pieces around in order to make room for a guy like Mike. The feedback on him has been very positive. It’s just a matter of making it fit.

“I think it’s just a situation where until we know when the puck’s being dropped, there’s no pressure on either side to really do anything.”

Hooper confirmed that Hoffman, who had 29 goals and 59 points in 69 games with the Florida Panthers last season, is open to a one-year deal, as TSN Senior Hockey Reporter Frank Seravalli reported last week.

"One player who has held firm on his value and his belief is Mike Hoffman," Seravalli explained on Insider Trading. "Who is somewhere probably between $5.5 million and $6.5 million on a one-year deal. A guy who averages 27 goals a season. He can be had on that one-year deal. The teams that are most interested at this point are the Boston Bruins, the Columbus Blue Jackets and also the Nashville Predators. But other teams like the Habs, like the Canucks could be in the mix if they’re able to move pieces."

Hoffman was traded to the Panthers prior to the 2018-19 and posted a career-high 36 goals and 70 points in his first season with the club.