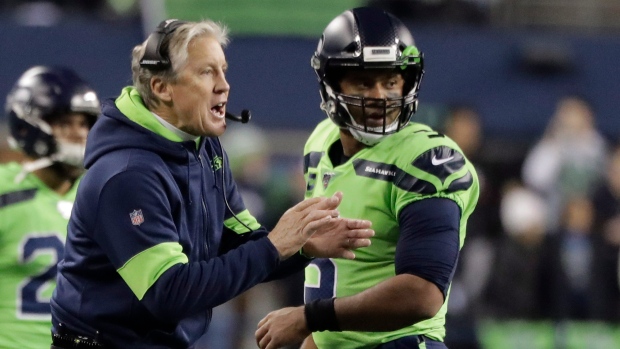 Seattle Seahawks quarterback Russell Wilson has not asked for a trade, says his agent Mark Rodgers.

Rodgers tells ESPN's Adam Schefter that the 32-year-old Wilson is intent on remaining with the team with which he's spent the entirety of his nine year career.

Seahawks’ QB Russell Wilson has not demanded a trade, his agent Mark Rodgers told ESPN. Wilson has told the Seahawks he wants to play in Seattle but, if a trade were considered, the only teams he would go to are the Cowboys, Saints, Raiders, Bears.

Rodgers also notes that if a trade were to be considered, Wilson - who has a no-trade clause - would only go to the Dallas Cowboys, New Orleans Saints, Las Vegas Raiders or Chicago Bears.

Rodgers' admission comes after a blockbuster report earlier on Thursday in The Athletic that details the state of Wilson's relationship with the team and head coach Pete Carroll and highlights a rift between the two sides over Wilson's perception that Carroll's play-calling is limiting his production.

An eight-time Pro Bowler, Wilson set a career mark for touchdowns (40) in 2020, but also see his production dip in the second half of the season when the team turned to a more run-dominant offence.

The Seahawks reached back-to-back Super Bowls in 2014 and 2015, winning Super Bowl XLIX, but have failed to reach a conference final since, despite reaching the playoffs in five of the past six seasons.