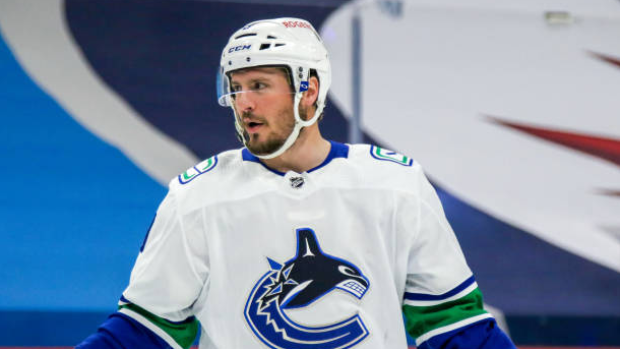 J.T. Miller's agent Brian Bartlett put an end to rumours that his client had requested a trade on Monday, telling the Vancouver Province that he and Miller have "never discussed (the forward) wanting out" of Vancouver.

A fake quote attributed to Miller on Twitter helped fuel speculation that the 28-year-old was looking for a move from the Canucks, who acquired him from the Tampa Bay Lightning in 2019.

“I’m not even sure how this turned into a story,” Bartlett told the Province via text message. “J.T. has loved Vancouver and we’ve never discussed him wanting out. It seems like someone just made up a meme with a totally fake quote then J.T. was able to quickly set the record straight. No fire at all for fake smoke!”

Miller posted 15 goals and 46 points in 53 games with the Canucks this season after finishing with 27 goals and 72 points in 69 games during his first season with the team a year ago.

After missing the playoffs for the fifth time in six seasons this year, Canucks general manager Jim Benning stated last week the Canucks are "going to be aggressive on the trade front, in free agency."