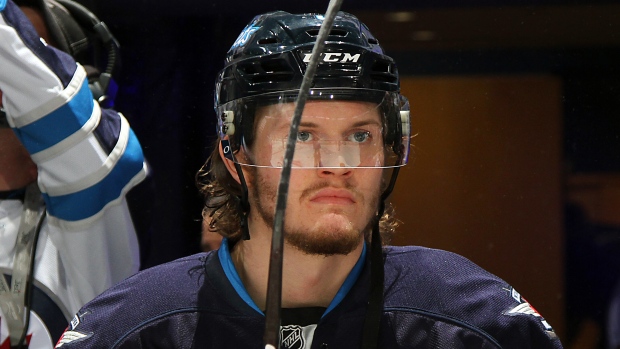 Kurt Overhardt, the agent for the restricted free agent, says that the 22-year-old defenceman will not be attending Winnipeg Jets training camp and has asked for a trade.

"Since May, we have been working with the Jets management in an effort to facilitate a trade of Jacob's rights," Overhardt said in a statement released to media on Saturday evening. "Both parties continue to work on this matter. There has been no negotiation regarding the terms of a contract between our client and the Jets over the course of the last several months. The situation is not about money; it is solely about our client having the opportunity to realize his potential as a right shot NHL defenceman."

In the statement, Overhardt says it would behoove both Trouba and the Jets to move on.

"As a consequence of the Jets depth on the right side, we believe it is in both parties’ best interest to facilitate a mutually advantageous trade," said Overhardt.

The ninth overall pick in the 2012 National Hockey League Entry Draft out of the United States National Team Development Program, Trouba is heading into his fourth NHL season. A native of Rochester, Michigan, Trouba appeared in 81 games for the Jets last season, scoring six goals and adding 15 assists in 22:03 a night. He was the Jets' third-most utilized defenceman.

Overhardt says that his client will help the Jets facilitate the move.

"Our client has nothing but respect for the people and City of Winnipeg, the Winnipeg Jets, its fans, management and ownership - our desire to get him moved has everything to do with opportunity," said Overhardt. "We will continue to work with the Jets in good faith to achieve this end."

The Jets' camp is ongoing in Winnipeg.

“We are aware of the statement issued by Kurt Overhardt regarding Jacob Trouba.  Over the last three seasons, Jacob Trouba has played a key role for the Winnipeg Jets and in our view still represents an important part of the long-term future of our club. As such, any decisions made regarding Jacob Trouba will be made in the best interest of the Winnipeg Jets Hockey Club.  As an unsigned player, we cannot compel Jacob to report to training camp at this time. However, we will continue to work diligently to resolve this matter. We will have no further comment on this matter until such time as it is resolved.”