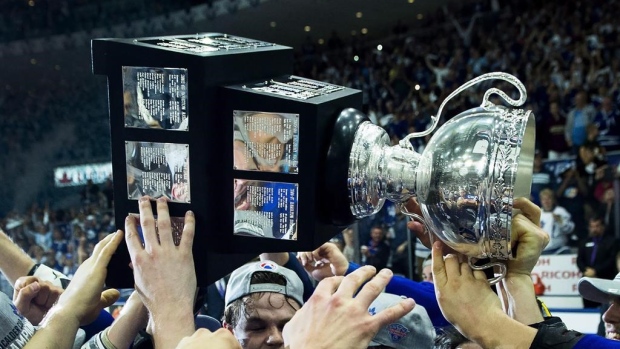 The American Hockey League has formed a Return to Play task force for the 2020-21 season, it was announced Monday.

The league says the task force "will provide strategic leadership to the league in developing or identifying opportunities for a return-to-play process that can gain widespread support in both the AHL and the National Hockey League.

The group will be chaired by outgoing AHL president and COO Dave Andrews.

The league announced on May 11 it was cancelling the remainder of the 2019-20 season due to COVID-19. The league originally suspended play on March 12, the same day the NHL paused its season.