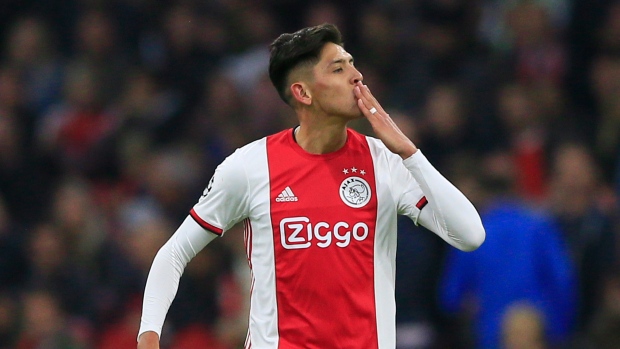 Netherlands international Quincy Promes opened the scoring in the 18th minute, Mexican midfielder Edson Alvarez doubled the lead five minutes after the break and defender Nicolas Tagliafico added the third in the 62nd as Ajax cruised to victory.

But new signings Promes and Alvarez made sure they were not missed at the Johan Crujff Arena.

Promes capitalized on shaky defending to head home a cross by Tagliafico, Alvarez rounded off a long spell of Ajax possession by slamming a powerful shot past Mike Maignan in the Lille goal and Tagliafico headed a corner powerfully into the goal to seal the victory.

Lille at times looked dangerous, with speedy forwards Jonathan Ikone and Victor Osimhen a threat on the break, but both missed good chances and Jonathan Bamba blasted wildly over the bar after another swift counterattack.

Sergino Dest, the 18-year-old United States international who recently extended his contract with Ajax, made his Champions League group stage debut and was rarely troubled on the right side of defence.

Despite coming within minutes of reaching the final last season, Ajax had to win two preliminary rounds to get back into the group stage of Europe's top club competition, beating PAOK Thessaloniki and APOEL Nicosia to earn a berth in Group H alongside Chelsea, Valencia and Lille.

Valencia beat Chelsea 1-0 at Stamford Bridge in the other group game Tuesday.

Amsterdam police detained more than 300 Lille fans for public order offences at a metro station near the Johan Crujff Stadium before the match started.