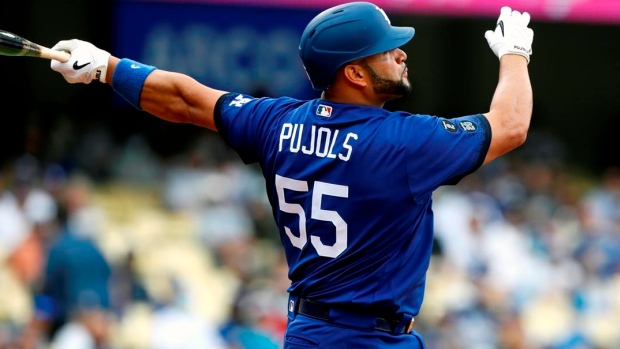 For the first time in his career, Albert Pujols will play in the Dominican Professional Baseball League this fall.

LIDOM team Leones del Escogido announced on Thursday the acquisition of the slugger's rights in a trade with Gigantes del Cibao and that the 41-year-old Santo Domingo native will suit up for the team this season.

Pujols is set to join his new team on Friday.

“Bringing Pujols to local ball is an organization-wide effort for the good of our baseball, and a show of everyone's commitment in this centennial year," Leones general manager Jose Gomez Frias said in a statement. "His immediate presence on and off the field will help us to be a better team."

A native of Santo Domingo, Pujols was first drafted in the LIDOM in 2002, but has never played in his native country.

A 10-time All-Star, Pujols's 679 career home runs over 21 seasons are fifth-most all-time and most among active players.

Among those who have played for Leones in the past include David Ortiz, Alex Rodriguez and Vladimir Guerrero Jr.