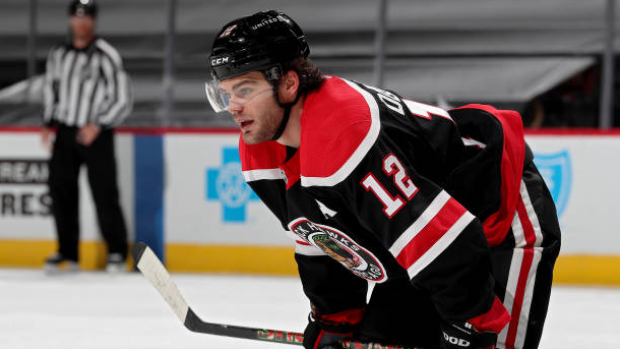 Bowman resigned Wednesday in the wake of the independent investigation commissioned by the Blackhawks into allegations that a then-video coach sexually assaulted two players in 2010.

The investigation showed that Bowman was made aware of the allegations in 2010 along with front office members John McDonough, Al MacIsaac, Kevin Cheveldayoff, Jay Blunk, James Gary, and then-head coach Joel Quenneville, and elected not to act during the team's Stanley Cup run.

"Probably a change that needed to happen... probably a good thing we parted ways," said Debrincat, who has been with the Blackhawks since being drafted in 2016.

Debrincat added it's important the franchise "come together as a team and organization, make sure that never happens again."

Murphy to fans:
"Thank you for sticking with us…we're gonna work our hardest to move forward & make them proud on ice & in community."

Alex DeBrincat:
"It's tough to see people treated like that."

"Come together as a team & organization, make sure that never happens again."

Bowman also stepped down as general manager of the U.S. men’s hockey team for the 2022 Olympics. NHL commissioner Gary Bettman fined the Blackhawks $2 million on Wednesday and said Bowman, along with the other former members of the franchise, would have to meet with him before being allowed to work in the league again.

"Eleven years ago, while serving in my first year as general manager, I was made aware of potential inappropriate behavior by a then-video coach involving a player," Bowman said in a statement. "I promptly reported the matter to the then-President and CEO who committed to handling the matter. I learned this year that the inappropriate behavior involved a serious allegation of sexual assault. I relied on the direction of my superior that he would take appropriate action. Looking back, now knowing he did not handle the matter promptly, I regret assuming he would do so."

Bowman, 48, had been with the club for two decades and was promoted to GM in 2009. The son of Hockey Hall of Famer Scotty Bowman, the younger Bowman helped lead the Blackhawks to three Stanley Cup victories over a six-year period from 2010 to 2015.

The Montreal native was promoted to president of hockey operations last December upon the firing of McDonough, the president Bowman alluded to in his statement.