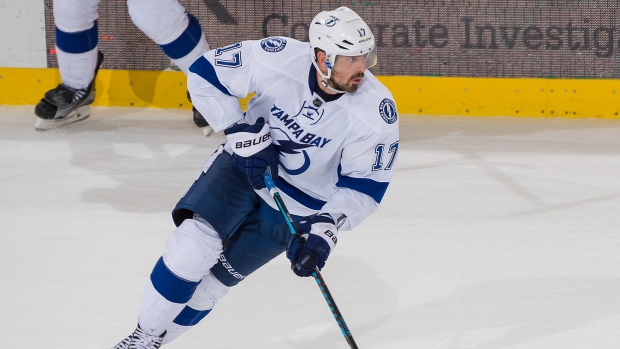 Tampa Bay Lightning forward Alex Killorn, who did not play in Game 2 of the Stanley Cup Final, will also not suit up in Game 3 Friday night, per head coach Jon Cooper.

Killorn has been hampered by a lower-body injury he suffered in Game 1 of the series against the Montreal Canadiens. The forward blocked a shot from the Canadiens' Jeff Petry with his left ankle in the second period of Tampa Bay's Game 1 victory. Killorn played just one shift following the injury.

The 31-year-old Killorn, who has spent all nine of his seasons in the NHL with the Lightning, has recorded eight goals and nine assists this postseason.