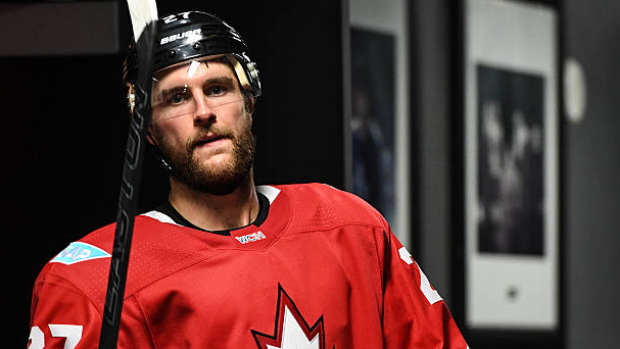 Pietrangelo, who was named to Canada's preliminary roster in October along with Connor McDavid and Sidney Crosby, told David Schoen Las Vegas Review-Journal the quarantine rules in China would be the main factor in his decision.

“I’ve got four kids that are under the age of three and a half. For me to be potentially locked up there for five weeks plus the Olympics, that’s a long time being away from my family,” Pietrangelo said. “I’m not going to make a decision until we get all the answers, because those are kind of hard to come by right now. So, we’re all kind of sitting and waiting.”

The International Olympic Committee confirmed over the weekend that any positive COVID-19 case at the Olympic Games must produce two negative tests 24 hours apart. Otherwise, the quarantine period can last from 21 days up to five weeks in accordance with Chinese law.

TSN Hockey Insider Chris Johnston noted that teams would not be required to pay players for time missed associated with the Olympics.

"Assuming that lengthy quarantine requirement remains in place, it could factor heavily into the decision by individual players -- and perhaps the players as a whole -- about whether they'll participate. There's a Jan. 10 deadline to withdraw without financial penalty," Johnston wrote on Twitter.

NHL commissioner Gary Bettman said Friday he has "real concerns" over attending the Olympics, but added the final decision will rest with the players.

“There’s a lot of guys that are kind of sitting and waiting for answers,” Pietrangelo said. “I think the league and the PA are both looking for answers, too, about how this is all going to play out.

“A lot of the stuff that’s being discussed is out of my control. It’s between governments now and the IOC and all that. We just get information as it comes. We’ll make a decision as a group once we have all the information and we’re just kind of waiting for that information.”

Pietrangelo's Golden Knights teammate Robin Lehner announced last week he would not play for Team Sweden at the tournament, becoming the first player to do so.