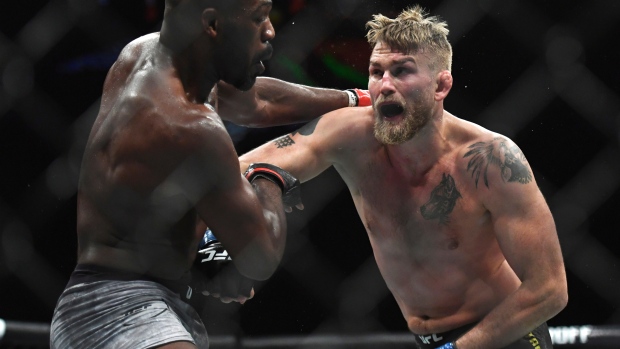 The rumours are true. "The Mauler" is back.

UFC president Dana White announced on Thursday that Alexander Gustafsson is unretiring and will face Fabricio Werdum in a heavyweight bout on July 25 at a Fight Night headlined by Robert Whittaker vs. Darren Till.

The 33-year-old Swede last fought last June in Stockholm where he lost to Anthony Smith, tapping out a to a rear-naked choke in the fourth round. He immediately retired after the fight.

Gustafsson (18-6, 10-6 in the UFC) twice fought three times for the light heavyweight title, coming up short on all three occasions including his now legendary bout with Jon Jones at the Air Canada Centre in Toronto at UFC 165 in 2013 that saw Jones win by unanimous decision in a fight that many thought Gustafsson should have been given the nod.

Gustafsson holds wins over the likes of Matt Hamill, Shogun Rua and Jimi Manuwa. This will be his first heavyweight bout.

A former heavyweight champion, the 42-year-old Werdum is coming off a loss to Alexey Oleynik by split decision at UFC 249 in May. It was the Brazilian's first fight since a USADA suspension for trenbolone.