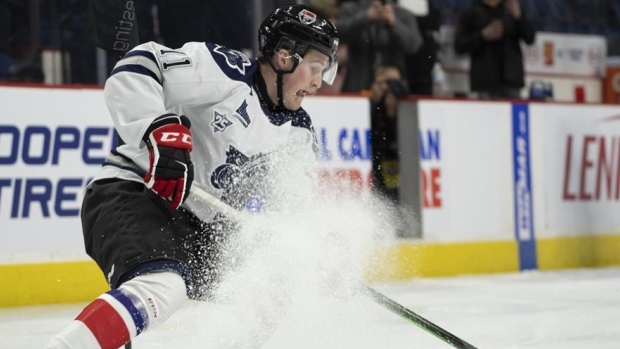 With both phases of the 2020 NHL Draft Lottery in the books, here we go with the latest Mock Draft.

First overall to the New York Rangers is Alexis Lafreniere – no surprise there.

Right-shot No. 1 defenceman Jamie Drysdale goes to the Detroit Red Wings at No. 4 and at five, the Senators take a centre from their own backyard with Marco Rossi of the 67's.

The Anaheim Ducks need some young blood on the blueline and take defenceman Jake Sanderson. At seventh, winger Lucas Raymond fits the bill for the New Jersey Devils as a Mitch Marner clone for Jack Hughes or Nico Hischier.

At 10th, why not local kid Seth Jarvis – who lit it up with Portland in the WHL this season – to the Winnipeg Jets?

No. 11 – the Nashville Predators go with Alexander Holtz, a Filip Forsberg clone. At 12, Kaiden Guhle helps the Florida Panthers on defence.

Yaroslav Askarov – the goaltender everyone’s talking about in this draft – heads to Carolina, who could absolutely use him.

At 14th, the best goal-scorer in this draft Jack Quinn can go to the Edmonton Oilers and play alongside Connor McDavid or Leon Draisaitl.

Rounding it out at 15 – Newfoundland-born Dawson Mercer is another high-end, skilled player that goes to the Pittsburgh Penguins.