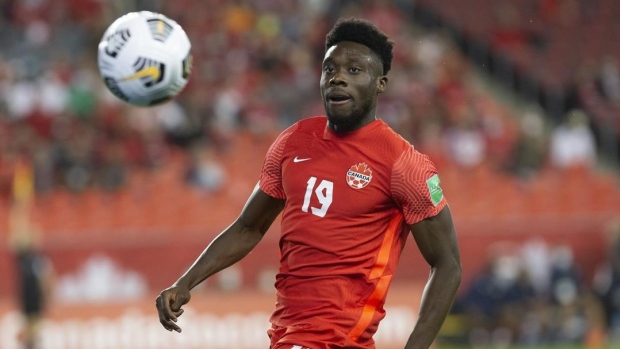 For a sixth straight year, ESPN has ranked the top 100 footballers and in the world by position, plus managers, and for the second year running, there is Canadian content in the form of the No. 2 left-back.

Edmonton's Alphonso Davies of Bayern Munich comes in at second at the position, once again behind Liverpool's Scotland international Andy Robertson.

Davies, 21, is in his fourth season with the Bundesliga giants and is one of eight Bayern representatives on the list, joined by goalkeeper Manuel Neuer (No. 3), right-back Benjamin Pavard (No. 10), central midfielder Joshua Kimmich (No. 2), attacking midfielder Thomas Muller (No. 3), winger Serge Gnabry (No. 4), striker Robert Lewandowski (No. 1) and manager Julian Nagelsmann (No. 6).

Chelsea and Manchester City are the most represented team with 12 representatives apiece, followed by Paris Saint-Germain (nine), Bayern (eight),  Liverpool and Real Madrid (seven each), Barcelona and Manchester United (five each) and Atletico (four).