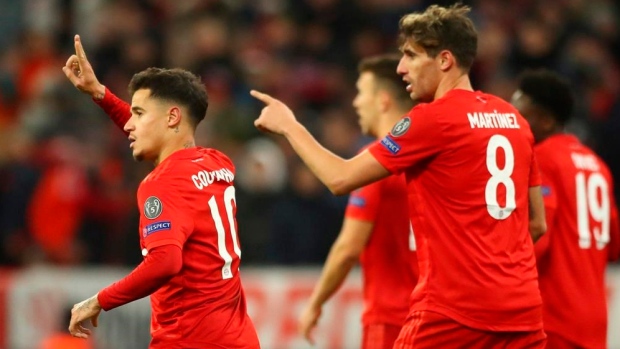 “We are excited to show our customers the top games on Tuesday from 2021,” Alex Green, the managing director of Amazon Prime Video Europe, said in a statement.

Amazon already held the audio rights for Bundesliga games, but this will be the first time it shows lives games in Germany.

The Champions League is being shown by Sky and streaming service DAZN. Customers have to pay for both. But Sky has missed out on the rights from 2021.

“In the tendering process that has just been completed, we have not been able to agree on a continuation of the partnership after around 20 years with UEFA,” Sky Germany chief executive Carsten Schmidt said.

“We have an economically clear and responsible view on the value of sporting rights,” Schmidt said without giving any figures of the sums involved. “Also in our customers’ interests, we were not prepared to go beyond the high value we attach to this right.”

Sky will continue to show the Champions League in Germany until May 2021, along with online broadcaster DAZN.

Free-to-air channel ZDF secured the rights to show the finals from 2022 to 2024, and remained in negotiations with UEFA over further packages.

“Talks over the Champions League summaries on Wednesday evenings have not yet been concluded with UEFA,” ZDF spokesman Alexander Stock told news agency dpa on Thursday.

ZDF showed Champions League games for six years up to 2018, but lost out in the bidding process for the current package. Football fans were disappointed that last year’s final was not free-to-air, with DAZN apparently vetoing an application for a sub-license from ZDF to show the game.

Rights for the Bundesliga – currently split between Sky and DAZN until 2021 in Germany – are due to be awarded next year.