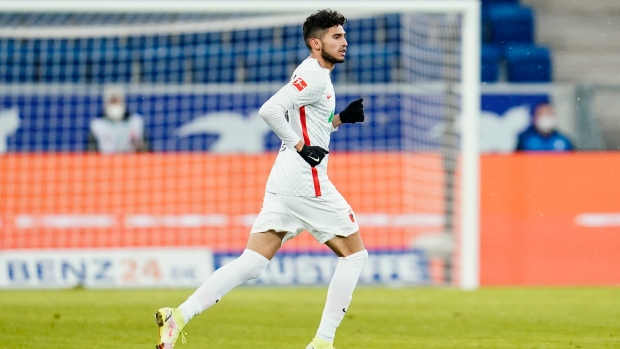 SINSHEIM, Germany (AP) — American forward Ricardo Pepi made his Bundesliga debut for Augsburg in a 3-1 loss at Hoffenheim on Saturday.

The 18-year-old Pepi, who joined Augsburg from Major League Soccer’s Dallas on Monday, came on in the 60th minute with his new team already 2-1 down.

Augsburg coach Markus Weinzierl introduced Florian Niederlechner at the same time as Pepi, and the two forwards provided an immediate boost for the visitors. Pepi sent Niederlechner through late on, but his teammate’s cross was cleared before the offside flag was raised.

Augsburg dropped into the relegation zone with the defeat.

Augsburg reportedly agreed to pay more than 13 million euros ($14.8 million) plus potential add-ons for Pepi, which would be the highest amount for a transfer of a homegrown American player from MLS. He signed a 4 1/2-season contract that includes an option to extend through the 2026-27 season with the German club.

Pepi made his U.S. debut in September and has three goals in seven internationals.