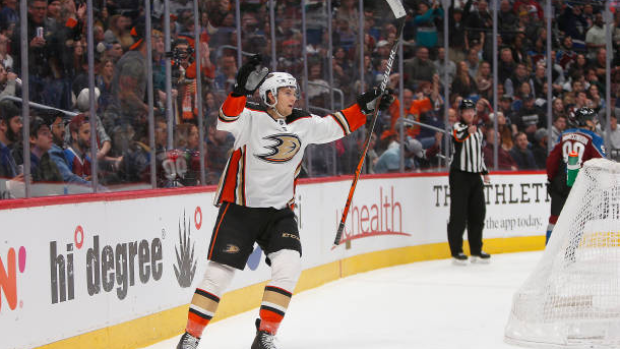 The 23-year-old has not yet played at the NHL level this season but has appeared in five games with the AHL's San Diego Gulls. He had eight points in 30 games with the Ducks last season.