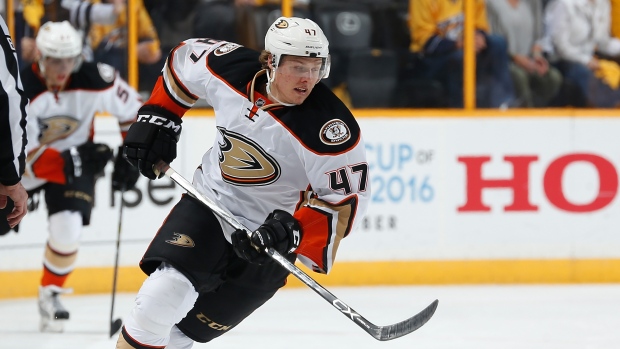 Anaheim Ducks defenceman Hampus Lindholm left the game against Edmonton midway through the second period on Tuesday night after crashing into the corner boards.

The team announced that he has an upper-body injury and would not return.

Lindholm lost his balance and went into the boards shoulder-first after getting tangled up with Oilers forward Leon Draisaitl. Play was stopped and Lindholm was slowly helped off the ice.

The 26-year-old veteran blueliner has two goals and 20 assists in 54 games for the Ducks this season.

Playing in his seventh NHL campaign, all with Anaheim, he has 50 goals and 143 assists in 501 career games.