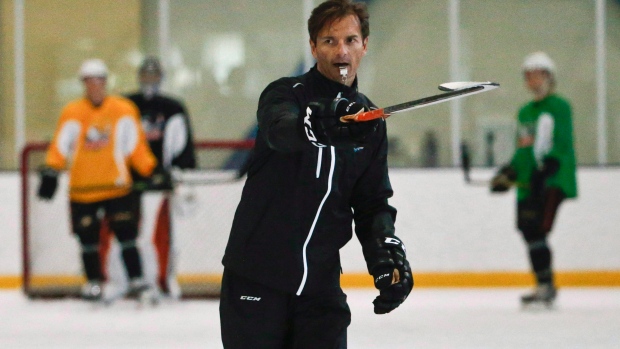 The Anaheim Ducks have named Dallas Eakins as the 10th head coach in franchise history.

Eakins has spent the last four seasons as the head coach of the Ducks' AHL affiliate the San Diego Gulls. With the Gulls he had a record of 154-95-23, leading his team to the playoffs three out of the four seasons.

"Dallas is an outstanding head coach who has worked well with our players since joining the organization four years ago," said Ducks general manager Bob Murray said in a statement. "He is a tremendous leader and strategist, and deserves this opportunity."

Before his time in San Diego, Eakins was the head coach of the Edmonton Oilers for 113 games before he was fired during the 2014-15 season.

"This is a tremendous honour for my family," said Eakins. "I am truly humbled. It was a privilege to serve as head coach of the San Diego Gulls during our first four seasons, and I look forward to build off that success here in Anaheim."

His background also includes four seasons as the head coach of the Toronto Marlies, and two years as an assistant for the Toronto Maple Leafs.