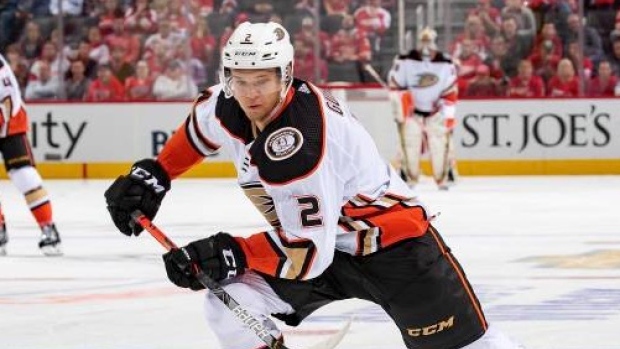 The Anaheim Ducks have placed defenceman Brendan Guhle on waivers, it was announced Thursday afternoon.

The 23-year-old has not yet played at the NHL level this season but has appeared in five games with the AHL's San Diego Gulls. He had eight points in 30 games with the Ducks last season.

A former second-round pick, Guhle carries a cap hit of $800,000 through next season.

Guhle was the lone player waived on Thursday.