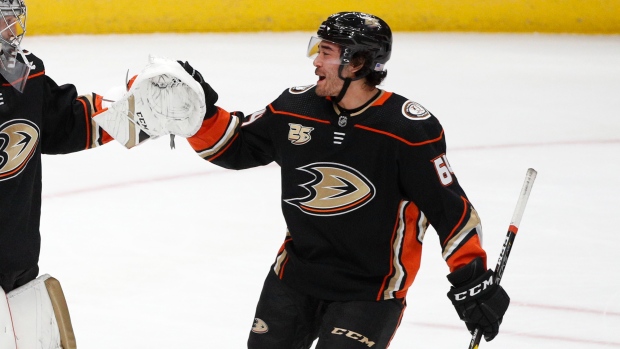 The Anaheim Ducks have placed forward Kiefer Sherwood on waivers.

The 24-year-old has appeared in 10 games this season at the NHL level for the Ducks and has one assist with a minus-1.

He has also played in 37 games for the San Diego Gulls of the American Hockey League and posted 16 goals with 7 assists and a plus-6.

The Columbus native was signed by the Ducks as an undrafted free agent in 2018 after playing with the Miami of Ohio University RedHawks.