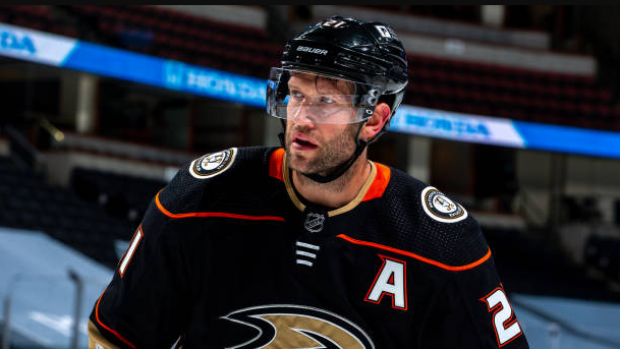 Anaheim Ducks forward David Backes said Sunday it's "more of a probability" than a possibility that he retires after this season, his 15th in the NHL.

The 36-year-old winger has been limited to 14 games this season, posting three goals and one assist. He was sent to the Ducks at the trade deadline in 2020 in a deal that saw the Boston Bruins retain $1.5 million of his salary while also sending prospect Axel Andersson to Anaheim for Ondrej Kase. Carrying a remaining cap hit of $4.5 million, Backes has cleared waivers twice this year.

"Possibility, I’d say it’s more of a probability. But it’s not a certainty. That’s just kind of where I’m at," Backes said when asked if retirement was a possibility this summer. "I’ve said it all year that every game you play in this league is a gift, every shift you play is a gift. It’s a great blessing to be able to play in this league."

On the international stage, Backes is a two-time Olympian and won a silver medal with Team USA at the Vancouver Games in 2010.