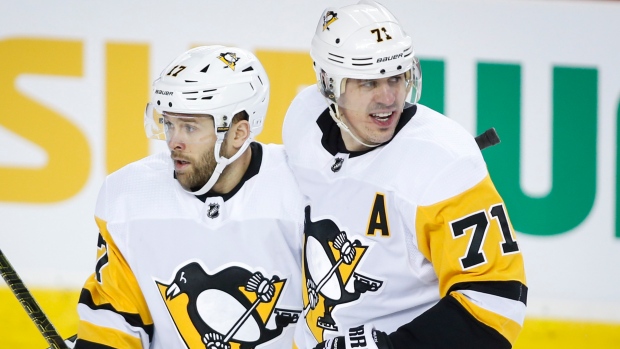 On Tuesday, I had an interesting conversation with The Athletic’s Justin Bourne about which forward has the most favourable deployment situation in the National Hockey League.

Bourne was making the argument that Toronto’s Alex Kerfoot – a winger on a line featuring John Tavares and Zach Hyman – was one of the best forward slots a player could hope for, considering the insulation provided by the Maple Leafs’ other top line and the complementary skill sets of Tavares and Hyman.

My mind immediately jumped to Vegas’ Chandler Stephenson, a former depth forward for the Washington Capitals who was traded to the Golden Knights in early December. Stephenson went from playing very limited minutes in Washington to taking regular shifts with Mark Stone and Max Pacioretty. Unsurprisingly, Stephenson is suddenly scoring like a top-six forward.

There are probably a half-dozen more answers to this question (Edmonton’s Zack Kassian has it quite good; so too does the centre playing shifts between Boston’s David Pastrnak and Brad Marchand), but it made me think about quantifying teammate quality to understand large discrepancies in either direction.

Pick your preferred player evaluation metric and you should be able to back into which players have disproportionately favourable or unfavourable deployment, relative to the quality of players on their line.

I used Evolving Hockey’s regression based Goals Above Replacement model to quantify each player’s individual contributions, then scraped each shift a forward played (and his associated linemates) for season-to-date deployment. From there we can create segments based on incongruities between a player’s production this year and the production of his linemates.

The players making up this list have skated on some of the most dominant lines in hockey for the majority of the season. Not surprisingly, these players have spent the vast majority of the regular season together – coaches, it turns out, are hesitant to split up lines that are outscoring and outchancing their opponents on a two-to-one basis.

What’s particularly noteworthy with this group is that Tampa Bay more or less has their entire top six on the table – that’s the luxury you have when Ondrej Palat, Steven Stamkos, Anthony Cirelli, Nikita Kucherov, Brayden Point, and Tyler Johnson are completely interchangeable with one another. (It also poses an interesting question for how a divisional rival like Boston, with a comparatively elite trio in Marchand, Pastrnak and Patrice Bergeron, will try to handle the “other” Tampa Bay line in a playoff series.)

I noted Stephenson earlier – he’s having a career year and gets to play with two of the better forwards in the league. The same is true for Bryan Rust in Pittsburgh. Rust has really enjoyed the minutes he’s played with his common teammates in Evgeni Malkin and Jake Guentzel, and is averaging more than a point per game this season.

Let’s look at another segment. This group will show impact forwards who have seen mediocre contributions from their linemates:

If you are a great player on an otherwise shaky team, you are likely going to end up in this segment. Look at Detroit’s Dylan Larkin, for example. Larkin has 40 points in 58 games and an on-ice goal differential of +0 at 5-on-5. Said another way, the Red Wings have broken even on goals with Larkin on the ice but are 60 goals in the red at 5-on-5 this season. (We see similar themes with Blake Coleman in New Jersey and Tomas Hertl in San Jose.)

There is also representation from players on competitive teams who are doing an exceptional amount of the heavy lifting on their own. Carolina’s Andrei Svechnikov and Florida’s Vincent Trocheck are two great examples.

Let’s reverse that segment and look at players who may be seeing disproportionately favourable teammate deployment relative to their own contributions:

A few of these players have really nuanced situations. For example: Winnipeg’s Kyle Connor has been great offensively, but the Jets have really struggled defensively with him on the ice; expected and actual goal rates with Connor on the ice are north of 3.0.

Toronto’s Andreas Johnsson is another player who has been on our radar. He’s having a down year, but because of the injuries Toronto’s incurred over the course of the year and the coaching staff’s preference to keep his speed inside of the top nine, he enjoys an unbelievable luxury of teammates. Nearly all of his minutes have been spent with some combination of Auston Matthews, William Nylander, Kasperi Kapanen and Mitch Marner. Hard to beat!

My favourite example – and maybe the ultimate answer to Bourne’s question – might be Alex Volkov in Tampa Bay, who has played all of eight games with the Bolts this season. In very limited minutes, the 22-year-old Volkov has only played with Tampa Bay’s star forwards. Talk about the opportunity of a lifetime! (Volkov was goalless in those eight games, but he’s getting another shot.)

You might want to avert your eyes when it comes to our last group.

Most of these players have very little reputation – it’s a combination of veterans with a lot of miles, young players who aren’t ready for the NHL level (or simply haven’t developed), and Andreas Athanasiou.

Athanasiou is a candidate to be moved at the trade deadline, but Detroit’s timing here is not great. Athanasiou is having a down year from his 30-goal campaign a season ago, and the Red Wings have been a wreck defensively with him and his teammates on the ice. I suspect most teams will think Athanasiou has been adversely impacted by the broader situation in Detroit considering last season’s performance, but his individual struggles – unlike that of, say, Larkin – will create a debate over his real value.

Hope you found this as interesting as I did!