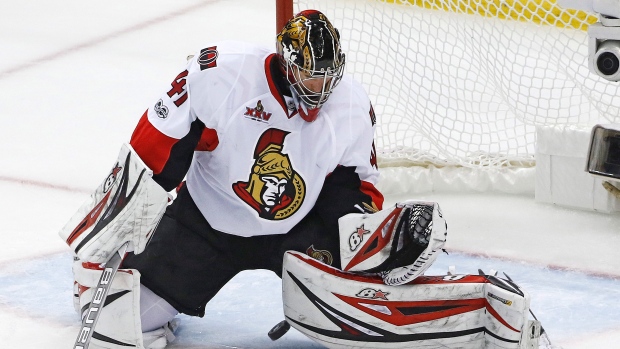 Ottawa Senators goaltender Craig Anderson has been awarded the 2017 Bill Masterton Memorial Trophy as the player who exemplifies the qualities of perseverance, sportsmanship and dedication to hockey.

Anderson was 25-11-4 with a 2.28 goals-against average in 40 games this season for the Senators, while also taking time away from the team to care for his wife Nicholle, who was diagnosed with throat cancer early in the season.