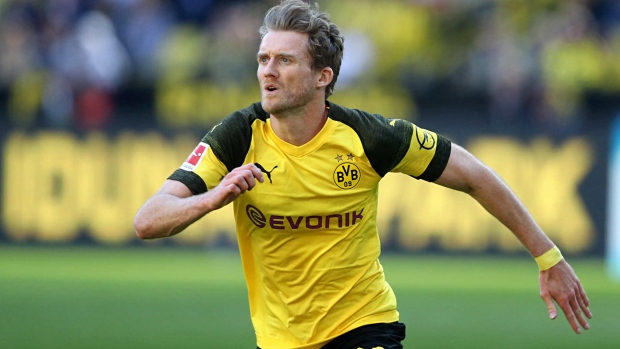 The 29-year-old Schürrle last played for Dortmund in May 2018 before loans at Fulham and Spartak Moscow. Dortmund said Schürrle and the club mutually agreed to terminate his contract, which was due to expire next year.

“On reflection, it was a period with highs and lows — but also with many valuable experiences both on a sporting and, in particular, on a personal level,” Schürrle said in a statement on the Dortmund website.

He scored only once in the Russian league and missed all of Spartak's games in early 2020 with an ankle injury. He didn't return for Spartak when the league resumed last month amid the coronavirus pandemic.

The troubled season in Russia continued Schürrle's difficulties recapturing the form which made him a star for Bayer Leverkusen and Chelsea earlier in his career and a World Cup champion with Germany in 2014.

Schürrle is the second member of Germany's 2014 World Cup team to leave Dortmund in recent weeks. Mario Götze, who scored the winning goal in the final off an assist from Schürrle, left last month when his contract expired.