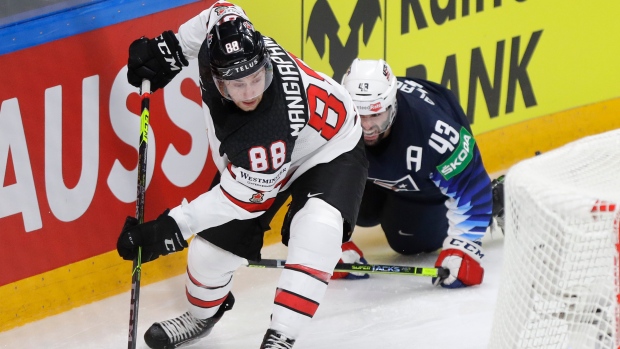 Andrew Mangiapane scored two goals to lead Team Canada past the United States 4-2 in their semi-final game at the IIHF Men's World Championship.

With the win, Canada advances to the final and will take on the winner of the second semi-final game between Finland and Germany later today.

Brandon Pirri also had a goal for Canada, opening the scoring in the first period.

Canada will play in the gold medal game for a second-straight time at the World Championship and will look to win gold for the first time since 2016.

Colin Blackwell and Sasha Chmelevski scored for the United States in the loss. USA will take on the loser of the Finland vs. Germany game in the bronze medal game.