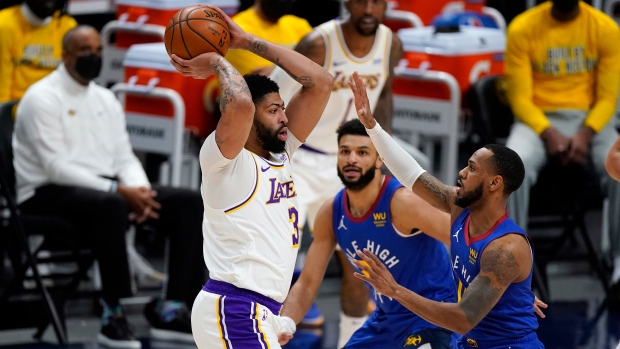 Lakers coach Frank Vogel says Anthony Davis (Achilles’ tendon and calf) has been cleared to return to on-court activity with his official return to the lineup TBD.

The 28-year-old has not played since Feb. 14 as he continues to recover from Achilles tendon and calf issues.

Davis is averaging 22.5 points per game to go along with 8.4 rebounds in 23 games so far this season.

Fellow star LeBron James has also not played since March 20 because of an ankle injury. His return date is also up in the air.