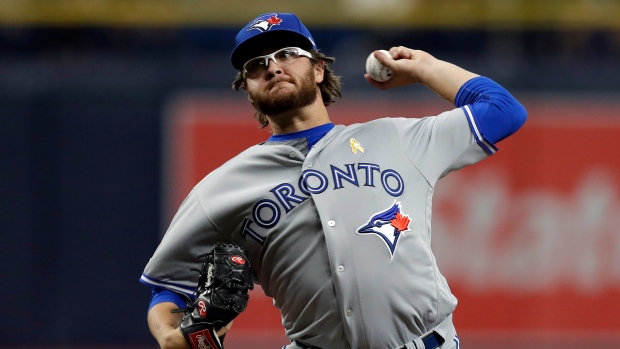 Left-hander Anthony Kay is lined up to make his first start at home Friday night as the Toronto Blue Jays take on the New York Yankees, reports TSN's Scott Mitchell.

Hearing Anthony Kay is lined up to make his first home start in a #BlueJays uniform tomorrow night against Masahiro Tanaka and the New York Yankees.
The lefty struck out 8 over 5.2 innings in his debut in Tampa.

The 24-year-old struck out eight Tampa Bay Rays in his first MLB start over 5.2 innings and allowed only two earned runs.

The Jays acquired the southpaw along with righty Semion Woods-Richardson from the New York Mets in exchange for Marcus Stroman.

Prior to making his big league debut last Saturday, Kay was 10-8 with a 2.96 ERA in 26 minor league starts split across double and triple-A this season.