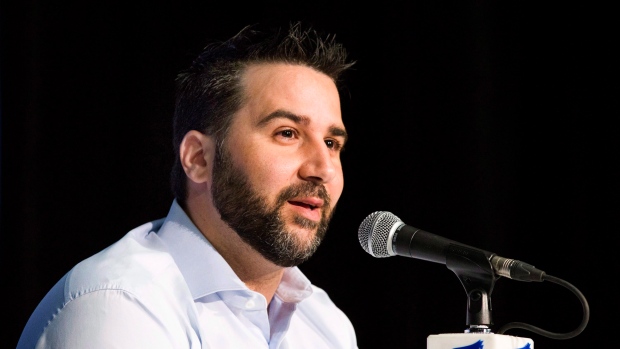 Former Toronto Blue Jays general manager Alex Anthopoulos thinks the Blue Jays are in a much better position heading into next season than they were a year ago.

“The one thing with that team, it’s a much stronger club going into next year than it was going into last year,” Anthopoulos said. “Just because from a defensive standpoint, the whole group of position players is back.”

Anthopoulos added the improved defence, combined with the team’s stellar offence, has them positioned well for the future.

“All those guys across the board, it’s going to be a much stronger defensive club. And even prior to the (trade deadline deals), our run differential was so strong, I still feel like that club is in a great position going forward one way or the other.”

Anthopoulos was also asked if the Blue Jays would have re-signed David Price if he were still GM.

“It is so hard to answer that question when you’re not in there. You could sit there as a GM and feel a certain way one day, and then you keep talking to everybody, you sleep on it, the next morning you don’t feel the same way.”

“Until you make the decision, you really can go back and forth. I remember, even when we made the Tulowitzki deal, we went back and forth a million times.”