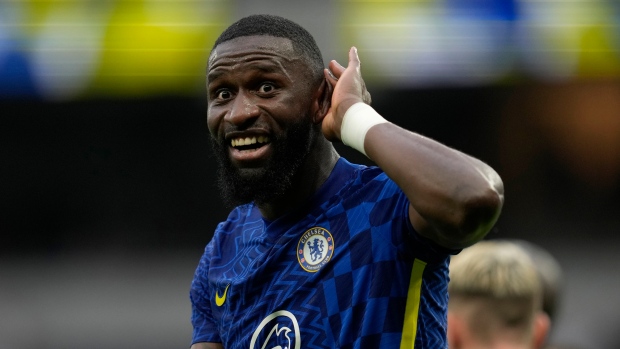 The 29-year-old Germany centre-back completed his move to Real Madrid on Thursday on a free transfer from Chelsea.

The Berlin native spent the past five seasons with the Blues, winning an FA Cup, Europa League and the 2021 Champions League title.

I'm proud to announce that I'll be joining @RealMadrid 🙏🏾💪🏾🙌🏾 I'm super excited for all the challenges ahead and can't wait to play my first games for this huge club. #HalaMadrid #AlwasyBelieve #Hustle pic.twitter.com/zol5Z0NJbe

"I'm super excited for all the challenges ahead and can't to play my first games for this huge club," Rudiger wrote on Twitter.

Rudiger spent his youth career at a number of academies, including those of Borussia Dortmund and Stuttgart. He made his senior debut for Stuttgart's reserves team in 2011 before becoming a regular in the first team in 2013. After four seasons in the Bundesliga, he jumped to Serie A with Roma for a pair of seasons before his move to London.

Internationally, Rudiger has been capped 50 times by Die Mannschaft, appearing at the 2018 World Cup and Euro 2020.