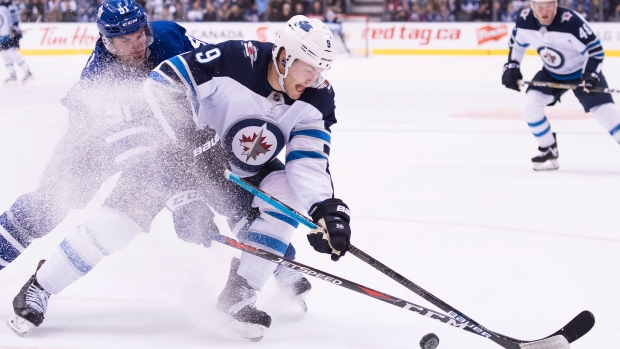 Copp and the Jets had their arbitration hearing on Sunday and had until the decision was announced to reach a deal on their own, which they could not. The Jets now have the option to accept the contract or allow Copp to become an unrestricted free agent.

TRANSACTION: F - Andrew Copp has been awarded a two-year contract with an AAV of $2.28 million by an independent arbitrator.

According to Mike McIntyre of the Winnipeg Free Press, Copp asked for a one-year, $2.9 million contract from the arbitrator, while the Jets countered at a two-year deal worth a total of $3 million.

The 25-year-old Copp scored 11 goals and posted 25 points for the Jets this past season. He added five assists in six playoff games as the Jets were defeated in the first round by the St. Louis Blues.

Copp is coming off a two-year, $2 million contract signed with the Jets in 2017.