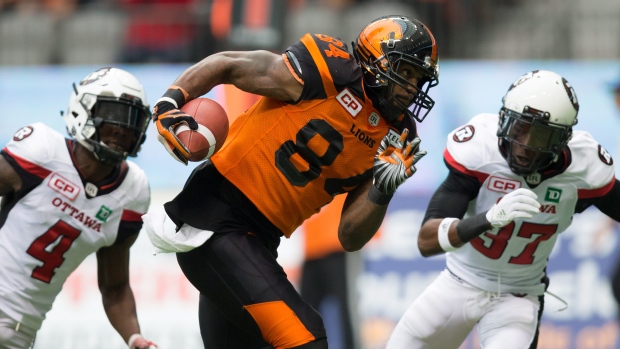 The BC Lions announced on Monday that receiver Emmanuel Arceneaux has signed a contract with the team for the 2018 season.

“Signing Emmanuel [Arceneaux] is a significant step toward our goal of keeping our core of talented and productive veterans, as well as building the most talented roster possible for 2018,” said general manager Ed Hervey. “He is one of the CFL’s premier receivers and his leadership is a critical part of the culture we want in our dressing room.”

Arceneaux was set to become a free agent in February. Through seven seasons and 120 regular season games with the Lions, the two-time CFL All-Star has tallied 524 receptions for 7,616 receiving yards and 54 touchdowns.