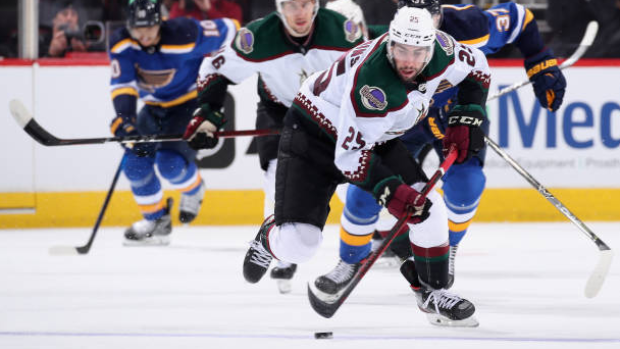 Arizona Coyotes defenceman Conor Timmins will miss the remainder of the 2021-22 season due to a knee injury, according to Craig Morgan of PHNX Sports.

Timmins has been sidelined by the injury since Oct. 25, when he left the team's loss to the Florida Panthers after just 12 shifts.

The 23-year-old is without a point in six games this season, his first with the Coyotes after being acquired in an off-season trade from the Colorado Avalanche.

The injury comes as more bad news for the winless Coyotes (0-9-1) after the team announced Tuesday that centre Nick Schmaltz would miss a minimum of three-to-four weeks with an upper-body injury.