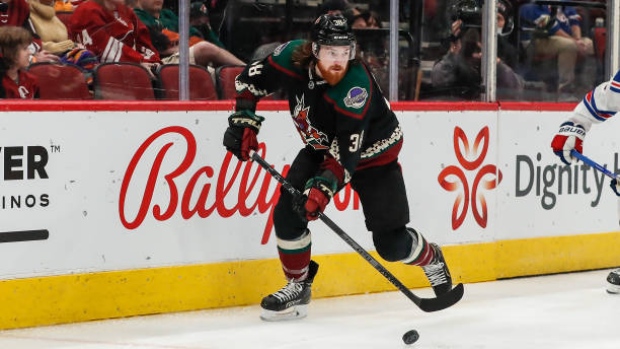 The Arizona Coyotes have signed forward Liam O'Brien to a two-year extension, the team announced on Sunday.

O'Brien, 27, has two goals and three points to go along with 106 penalty minutes in 37 games this season.

The Halifax, N.S., native was signed to a one-year, two-way contract with the Coyotes this past offseason.

O'Brien was signed as an undrafted free agent by the Washington Capitals in 2014 and has three goals and eight points in 66 career games split between the Capitals, Colorado Avalanche, and Coyotes.