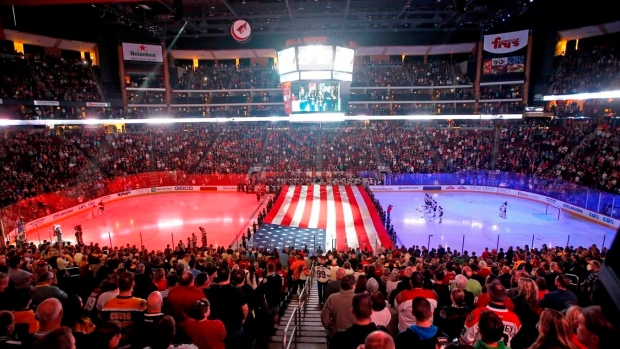 The Arizona Coyotes emphatically denied a report on Thursday that the team was once again for sale with the plan for an eventual buyer to relocate the team to Houston.

In a statement to Craig Morgan of PHNX Sports and the NHL Network, the team called the report from Forbes' Mike Ozanian "totally false."

Statement from the Coyotes: "This is false. Totally false. We’re not selling. We’re not moving. The Coyotes are 100 percent committed to playing in Arizona.” https://t.co/S3ifpLyCgt

"This is false," the statement read. "Totally false. We're not selling. We're not moving. The Coyotes are 100 per-cent committed to playing in Arizona."

The Coyotes have been in Arizona since 1996 when the original Winnipeg Jets relocated to Phoenix and ownership instability has marked the team's 25-year existence.

The team is currently owned by Alex Meruelo, who bought the team in 2019 and became the NHL's first Latino owner. Former majority owner Andrew Barroway still maintains a minority stake in the franchise.

In 2009, the league took ownership of the team when previous owner Jerry Moyes declared bankruptcy. It retained control of the team until 2013 when it was sold to Renaissance Sports and Entertainment. The following year, Barroway bought controlling interest and held that until the team's sale to Meruelo.

The club's deal with the Gila River Arena in Glendale, AZ ends at the conclusion of the current season. In September, the team submitted a proposal to build a new arena in Tempe.