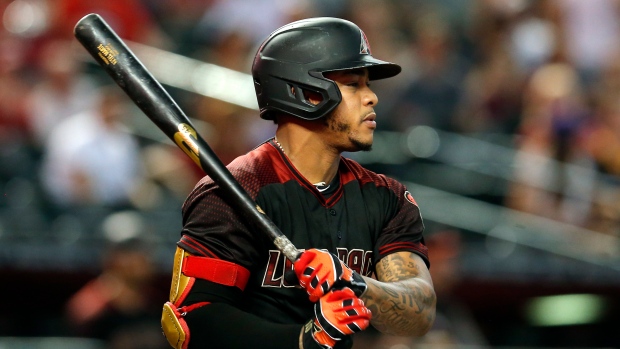 Arizona Diamondbacks shortstop Ketel Marte will undergo a precautionary MRI on his back after he was removed from Tuesday's game according to manager Torey Lovullo.

Torey Lovullo said Ketel Marte will get a "precautionary MRI" tomorrow and will not be in tomorrow's lineup.

Marte exited the contest in the fifth inning with back stiffness and is not expected to be in the lineup on Wednesday as Arizona wraps up its series at home with the Miami Marlins. He was 2-for-2 with a run scored prior to his departure.

The Diamondbacks enter play Wednesday 5.5 games back of the second wild-card spot with the New York Mets, Philadelphia Phillies and Milwaukee Brewers sitting above them, putting their post-season hopes in serious doubt.

This is his third season in Arizona and fifth at the big league level. He is under team control through 2024 and widely considered to have one of the most team-friendly contracts in all of baseball.