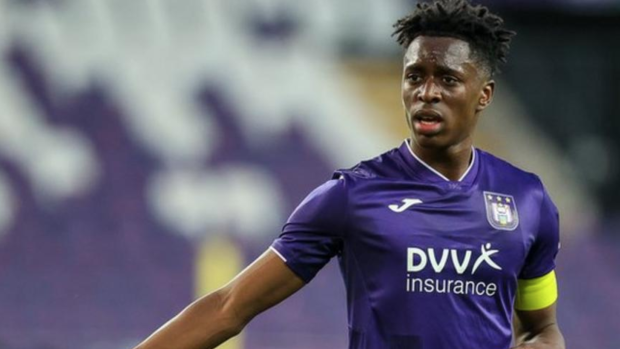 Details of the 21-year-old Belgium under-21's transfer were undisclosed, but BBC Sport reports the deal was in the neighbourhood of £17.2 million.

“Albert is a very intelligent player who has shown great maturity in his performances during his development," Arsenal manager Mikel Arteta said in a statement. "He has been coached well by Vincent Kompany and his team at Anderlecht. I know Vincent very well and he talks so highly about Albert and the positive impact he had to Anderlecht in recent seasons. We’re confident Albert’s ready for the next stage in his development and we’re looking forward to welcoming a new member to our squad with his quality and presence.”

A native of Brussels, Lokonga is a product of the Anderlecht academy. He made his senior debut with the team in 2017.

Lokonga made 33 appearances in the league for Anderlecht last season as the club finished in third place.

Arsenal is also expected to complete the signing of Brighton's England defender Ben White in the coming days with a medical scheduled after a £50 million transfer fee has been agreed upon by the two clubs.