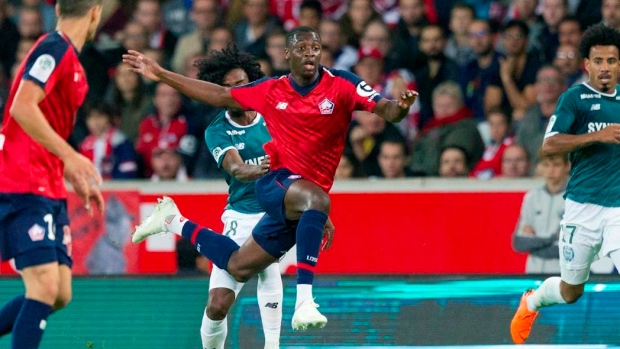 The £72 million transfer fee is a club record.

"Signing a top-class winger has been one of our key objectives in this transfer window and I'm delighted he's joining," manager Unai Emery said in a release. "He will add pace, power and creativity, with the aim of bringing more goals to our team."

A native of Mantes-la-Jolie, France, the 24-year-old Pepe joined Lille in 2017 from Ligue 1 rivals Angers.

In two seasons at Lille, Pepe scored 37 goals in 79 appearances across all competitions.

Of Ivorian descent, Pepe received his first senior cap in 2016 for Les Elephants and has been capped 15 times since.

Pepe joins Spain midfielder Dani Ceballos, on loan from Real Madrid, as the club's biggest additions during this transfer window.

The Gunners open their Premier League campaign on August 11th away to Newcastle.