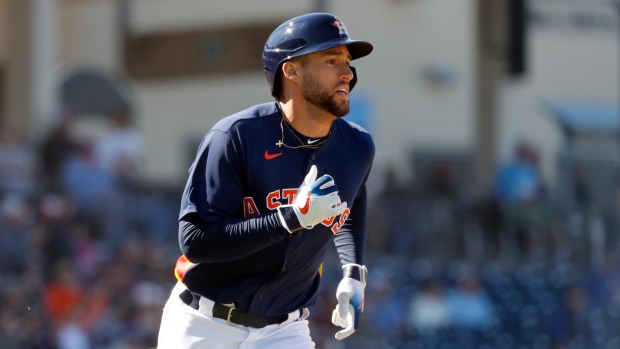 TORONTO — While free agency is often described in other major pro sports leagues as a frenzy, the Major League Baseball off-season develops more like a horse race that lasts several weeks.

For the month of November, teams spend their time jockeying for position, gaining knowledge of other teams’ strategies, agent and player demands, and letting each individual positional market develop at what seems like a snail’s pace for even the hot-stove hardcores.

That’s just how it goes, and this off-season — even in the midst of a pandemic that has caused a significant amount of financial uncertainty across the sport — is no different.

With Wednesday’s deadline to tender contracts to arbitration-eligible players coming and going, teams around baseball now have a complete picture of the free-agent market, as well as a good handle on trade opportunities after a month of investigation.

But dipping back into that horse racing analogy, it’s arguable whether December is the home stretch, as it usually is, or just the quarter-mile marker.

“It doesn’t take much at this point for a deal to happen,” Atkins said Wednesday on a Zoom call. “I don’t know if it's days or a week or two before things to start to pick up for the Toronto Blue Jays, but we’re prepared.”

Many suspect some negotiations could drag into January — that’s nothing new, really — as teams and agents try to figure out what the year 2021 is going to look like, let alone the 2021 MLB season.

Whether or not the Jays get caught up in that remains to be seen, but with their eye on the impact talent at the top of the market, it could happen.

Rather than pay infielder Travis Shaw an estimated $4.5 million, per MLB Trade Rumors’ arbitration projections, the 30-year-old was non-tendered and set free.

Same with right-handed reliever A.J. Cole, who was only scheduled to make in the neighbourhood of $800,000 for 2021, but he was hurt by a deep relief market in free agency and the need for 40-man roster flexibility.

While Shaw will have a different address after slashing a disappointing .239/.306/.411 with six home runs in 50 games in his lone season as a Blue Jay, Cole could potentially return to the club’s bullpen mix later on down the line this winter if he can’t secure a big-league deal elsewhere.

Cole’s 3.09 ERA across 23.1 innings in 2020 wasn’t quite supported by the underlying numbers, but the soon-to-be 29-year-old’s ability to get left-handed hitters out is important — .139 batting average against — even if he was hit hard by righties last season.

Most importantly, the Jays now have two 40-man roster spots to play with as they attempt to lure free agents.

From here, it’s a game of choose your own adventure when it comes to the Jays’ top targets.

Every big name from George Springer to D.J. LeMahieu to J.T. Realmuto have been linked to the Jays, one of the few clubs that has publicly said there’s money to spend.

But they aren’t going to add big-ticket items to the outfield, infield and behind the plate all at once, so the past month of investigation — which players are interested in Toronto? What are the price tags? — will lead to decisions and action at some point in the coming weeks.

Adding another layer is the fact that when you’re talking long-term deals for big-name players, talent is only part of the equation.

If the Jays are adding a core player to the homegrown group they’ve developed, they want it to be a clubhouse fit not only now but for the duration of the contract.

“There are certain attributes that you know we’re looking for, but also what we’re thinking about is that this is an opportunity to not only impact this team this offseason but impact this team for years to come,” Atkins said. “As we’ve talked about, this is just one step in the process, as last trade deadline as last offseason was. This is another point in time where we have an opportunity to add talent and what we’re thinking about is not only positional fits … but also how it’ll impact our (clubhouse) environment for some time to come.”​