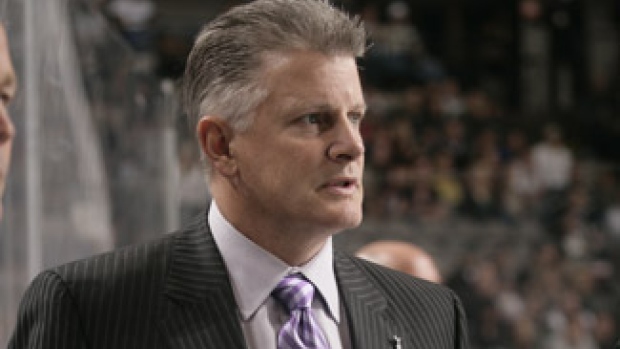 VANCOUVER — Assistant coach Marc Crawford says he gained some perspective after a month away from the Chicago Blackhawks.

Crawford was at the Blackhawks morning skate on Thursday ahead of the game between Chicago and the Vancouver Canucks, who he coached from 1998 to 2006.

He returned to his coaching duties after being suspended by Chicago following an investigation into his behaviour in previous jobs.

"For the last month, not doing what I normally am used to doing over the last 30-odd years, it served a lot of different purposes," Crawford said.

"On a personal level, it was great to be out with the guys today, they gave me a nice reception and they did it in the room as well. So that certainly was good and for me, it's just I want the team to get to normal as quick as they possibly can.

Crawford apologized to Sean Avery, Harold Druken, Patrick O'Sullivan and Brent Sopel on Dec. 16 in response to their allegations. In the same statement, Crawford said he had been seeking counselling since 2010 to address his actions and continues to undergo therapy.

Crawford, who has also coached the Quebec Nordiques/Colorado Avalanche, the Los Angeles Kings, the Dallas Stars and Ottawa Senators, said that after each job he lost he would reflect on what led to his dismissal. When he was fired by the Kings in 2008 he decided it was time to get professional help.

"I really thought that 'hey, I'm not liking where my coaching is right now' and I felt from that point forward that the game was changing and I needed to change along with it," said Crawford.

"I don't know whether it was the lockout or the salary cap coming in, if those things had to factor in how the game changed, but it definitely was a change in culture.

"I was evolving as a person and I think players were evolving as well, and so, if you want to stay in the game, you've always got to adjust and you've got to try and shape your methodology to fit the time and that was one of the main reasons for it."

"Accountability doesn't come in the form of a crafted statement by a lawyer hidden in a team release," O'Sullivan wrote.

"Stand up and be accountable publicly to the media if it's sincere. Time to move on for me though. Treat people with respect if you're a coach and they will want to do more for you."

When asked on Thursday if he had apologized to other players he'd coached, Crawford asked for privacy.

The issues with Crawford emerged after Calgary Flames coach Bill Peters resigned following accusations he directed racial slurs at Akim Aliu, a Nigerian-born player with one of Chicago's minor league teams a decade ago.

Others claimed that Peters kicked and punched players behind the bench during his recent time with Carolina.

Crawford, 58, is in his first season as an assistant on the Blackhawks staff. He has been a head coach for five different NHL organizations.

This report by The Canadian Press was first published Jan. 2, 2020.