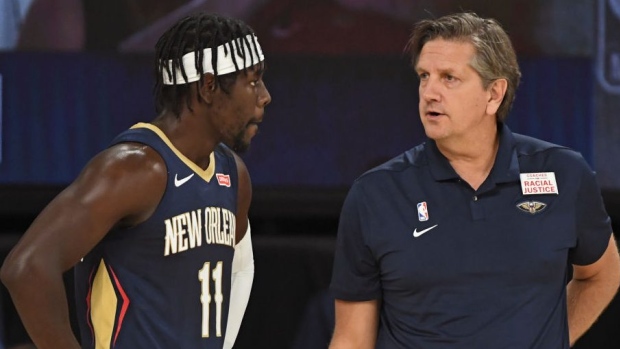 In addition, Jama Mahlalela rejoins Nurse's staff after a couple seasons coaching the 905. Patrick Mutumbo will take over as HC of the 905, with Brittni Donaldson and John Bennett joining him as assistants

Patrick Mutumbo will replace Mahlalela as head coach of Raptors 905, the team’s G League affiliate. Brittni Donaldson and John Bennett will also join the staff of the Mississauga-based team.

Finch spent that last three seasons as an assistant coach with the New Orleans Pelicans and has also served in that position with both the Denver Nuggets and Houston Rockets.

The 51-year-old was also head coach of the Rio Grande Valley Vipers of the G League for two seasons and led them to the 2010 G League Championship.

Mahlalela served as head coach of Raptors 905 for the past two seasons, posting a record of 51-42.

Prior to leading the G League team, the 40-year-old spent five seasons as an assistant coach with the Raptors and has also held the position of director of player development with the team.