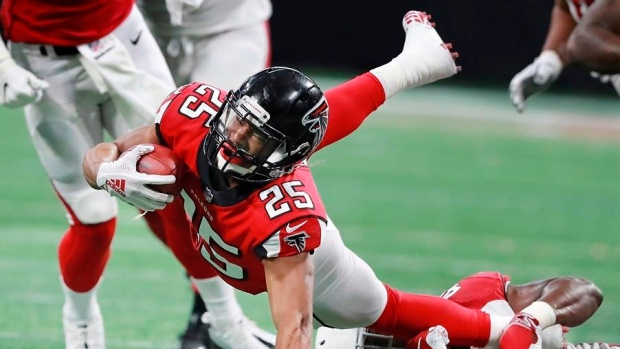 Smith already had been ruled out of Sunday's game at New Orleans with a neck injury. He suffered the neck injury, as well as a concussion, against the Los Angeles Rams on Oct. 20 and missed the team's Oct. 27 loss to Seattle.

Smith also finished his 2018 rookie season on IR with a knee injury.

Smith has rushed for 106 yards with one touchdown this season as Devonta Freeman's top backup. Smith has 11 catches for 87 yards.

Brian Hill is expected to play behind Freeman against the Saints.