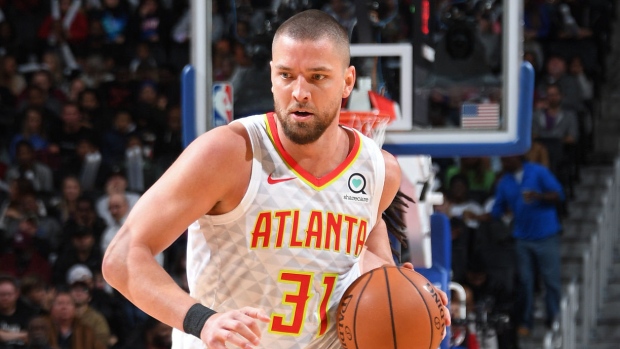 Parsons' vehicle was struck by a man later arrested for a DUI last Wednesday in a three-car collision at 2pm in the afternoon. Later that day, the Hawks placed Parsons in the league's concussion protocol.

In a statement from Morgan & Morgan, Parsons "suffered multiple severe and permanent injuries including a traumatic brain injury, disc herniation and a torn labrum."

A second-round pick out of Florida in 2011, the 31-year-old Parsons' career has been hampered by a series of chronic knee injuries.

Since signing a four-year deal with the Memphis Grizzlies in 2016, the native of Casselberry, FL has appeared in just 100 games over four seasons, including only five this season with the Hawks, who traded for Parsons last summer.

The firm said that Parsons is having trouble coping with the aftermath of the accident.

"Chandler is having a difficult time accepting the consequences of the defendant's reckless conduct on the roadway," the firm said. "Chandler was in peak physical condition at the time of the wreck. He is now working with a team of doctors to regain his health, and at this time, his ability to return to play is unclear. Our focus right now is on helping him make a full recovery, while we also work to hold any and all responsible parties fully accountable."

Parsons is in his ninth pro season, having also spent time with the Houston Rockets and Dallas Mavericks.