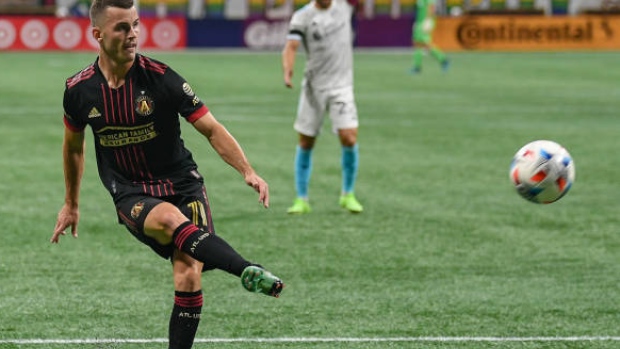 CINCINNATI (AP) — Miles Robinson and Josef Martínez scored and Atlanta United overcame an early deficit to beat FC Cincinnati 2-1 on Sunday and clinch a playoff berth on the last day of the regular season.

Atlanta (13-9-12) earned the No. 5 seed in the Eastern Conference. It will play fourth-seeded New York City FC in the first round.

Robinson scored in the 70th minute and Martínez gave Atlanta United its first lead in the 79th at 2-1. Robinson, a 24-year old in his fifth MLS season, flicked a header off a corner kick by Ezequiel Barco that slipped under the crossbar for his first career goal to make it 1-1 and Martínez side-netted a volley, off a clearance attempt that sailed high in the air before the finish from corner of the 6-yard box.