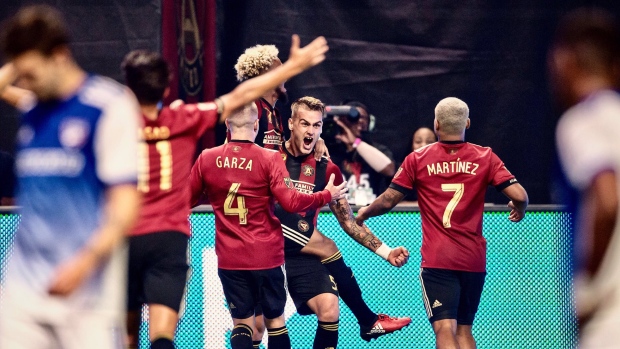 Justin Meram struck first for Atlanta United FC (16-11-3) in the fourth minute with a shot 19 yards out from the edge of the box. Brad Guzan put San Jose (13-12-5) on the scoreboard with an own goal in the 27th minute.

Emerson Hyndman gave Atlanta United FC a 2-1 advantage in the 90th minute with a shot 13 yards away from the left side of the box, assisted by Darlington Nagbe. Gonzalo Pity Martinez finished off the victory for Atlanta United FC in the second minute of second-half stoppage time with a shot 10 yards out from the centre of the box, assisted by Brandon Vazquez.

Atlanta United FC outshot the Earthquakes 18 to two, with 12 shots on goal to two for San Jose.