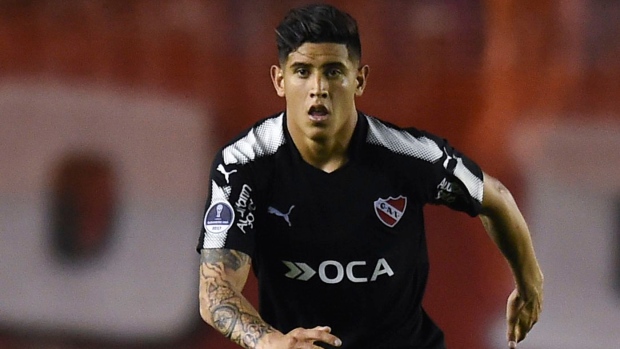 The team announced Thursday that Franco signed a five-year contract as part of a transfer from Club Atletico Independiente of the Argentine Primera División.

“Alan is a competitive and aggressive centre back who is comfortable with the ball at his feet,” Atlanta technical director Carlos Bocanegra said in a statement. “He has established himself with more than 80 matches in Argentina’s top flight, in addition to experience in Copa Sudamericana and Copa Libertadores. We’re looking forward to further integrating him with the group and getting him match ready.”

The 24-year-old Franco made the move to Independiente in 2015 and was promoted to the first team two years later.

Franco made 121 appearances with Independiente, including 82 in league play. He also played one game with the Argentine national team.

Atlanta United opened play in the CONCACAF Champions League this week with a 1-0 victory over Costa Rican club Alajuelense. The return leg will be played next Tuesday ahead of the Major League Soccer season opener at Orlando on April 17.